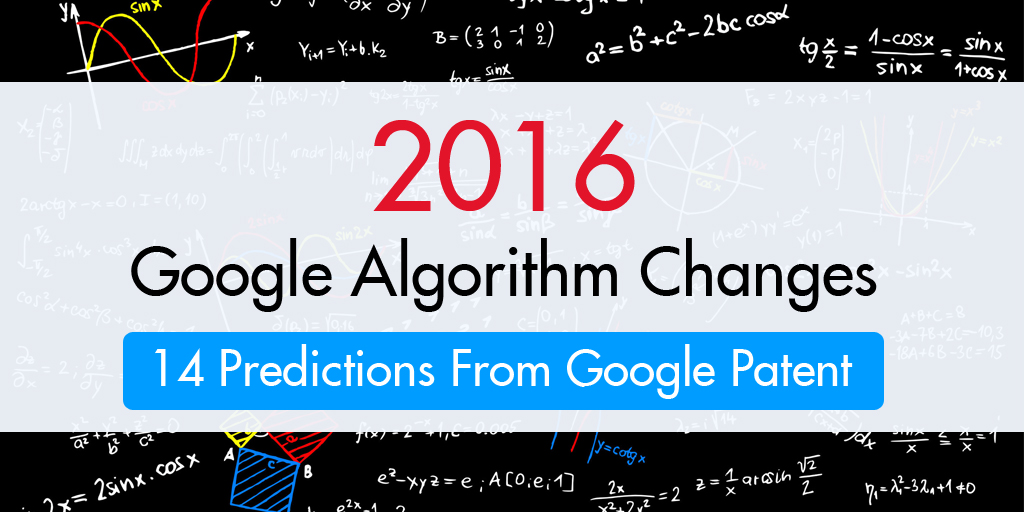 It’s just past the new year, and that means it’s time for an annual pastime of ours: Predicting Google algorithm changes. We’ve looked into the matter, and here are the changes we think are most likely to happen over the next twelve months.

When people think of videos, they usually think of sites like YouTube – however, even small businesses are learning to take advantage of videos, and Google filed a patent for a time-based ranking system. The general assumption is that the longer viewers spend watching content, the more interested they are.

(We’re also expecting to see a bit of abuse from sites using the auto-play function to try and artificially inflate watch times – Google’s probably going to crack down on that sooner instead of later if this update goes live, though, with news sites as a possible exception) 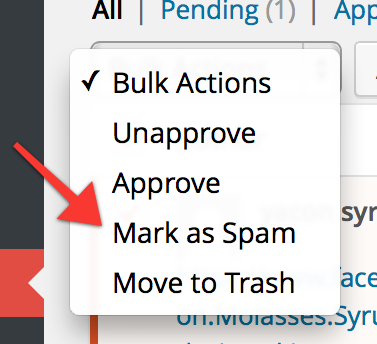 That’s right, they’re not even going to be looking at on-site behavior for this one. The main question here is how people are reacting to emails that a given domain sends out – if there’s a high rate of emails being marked as spam or people unsubscribing, that generally means they don’t want more content from that site.

One possible abuse attempt is using third-party email lists that don’t come from their own domain, but if this hurts the people selling those services by pushing them down in SERPs, they’re probably going to tighten their criteria and start making sure customers are legitimate. 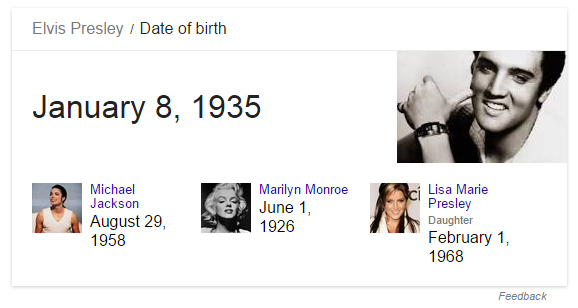 Rich answers might show up in more searches in the future.

This isn’t so much a prediction as an ongoing trend. Google’s already been experimenting with adding new types of content to search results – images, videos, snippets from web pages, shopping links – the list goes on and on, and it’s not going to stop anytime soon.

Essentially, SERPs might become a kind of unique web page in their own right (not just a list of links and ads), and successful sites will be the ones getting information displayed. 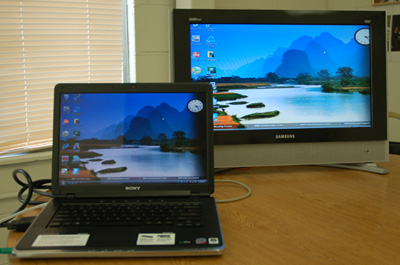 People spend a lot of time swapping between different devices, and it’s not uncommon to see people using smartphones or laptops while watching television. A 2014 patent from Google focused on understanding what people are watching and using that to improve search results.

We’re a little iffy on this one actually happening this year – not everyone does this, so it’s probably a lower priority than most of the other predictions here. 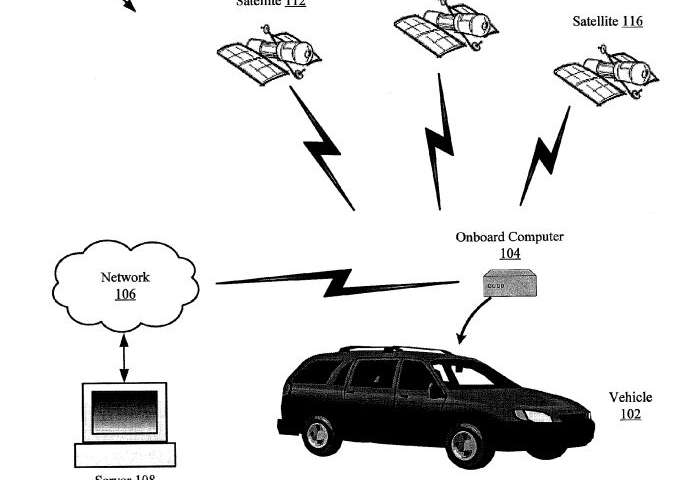 Now here’s a fun one. It’s pretty much settled that driver-free cars are coming – and as part of that, Google is working on ways to improve its navigation systems and help vehicles navigate roads in the most efficient way… which isn’t always the shortest way, depending on how traffic is.

There’s also the quality of the road itself – smoother roads tend to incur fewer maintenance costs than rough ones, and you can expect bumpy roads to start seeing a lot less traffic in the future.

We’re all familiar with the ways the Google algorithm changed in support of mobile devices, especially by focusing mobile searches onto mobile-friendly sites. Recently, though, a patent was filed for outright converting normal web-based text ads into mobile-friendly advertisements.

Part of this includes Google’s system scanning landing pages to see whether they’re mobile-friendly or not, ultimately giving priority to those that are.

Autocomplete suggestions are a common feature now, as part of an initiative to help people get the results they’re searching for as quickly as possible. This is especially relevant on mobile devices, but even desktop users can benefit from a Google algorithm change focused on new ways of getting information to them.

The basic problem described in the document is that users making certain kinds of queries – especially long ones – don’t see as much benefit from the current suggestions generated by the Google algorithm, and they want to fix that.

If this works, we may see a change in the kinds of long-tail keywords people use, so this one is definitely worth keeping an eye on.

Essentially, this is an upgrade of ranking factors like how many people are clicking on each search result and how they behave once they land on a given site.

The best way to take advantage of this update – and we see this one as quite likely to be implemented at some point in time – is to continue focusing on creating content that is genuinely useful to your visitors.

While the main Google algorithm is important, many companies have been turning to downloadable apps as a way of promoting their businesses – and the algorithm is learning to make suggestions for these, too.

One recent focus is monitoring where people are when they choose to obtain certain applications. For example, if an American family is visiting France and looking for language applications, this would make it more likely they would see suggestions for French-focused translation apps.

This isn’t directly relevant to every company, but it reveals a focus of Google’s efforts – namely, Google wants to provide the most-relevant results in all situations. This means considering time, place, past behavior, predicted needs, and quite literally everything else they can imagine and code into the algorithm.

“Who directed this movie?” and “What are the rules of this game?” are very different sorts of queries. With this likely update, the Google algorithm is being updated to understand and classify different types of queries so it can continue to display the most helpful results.

For websites, this means a renewed focus not just on what users are searching for, but why they’re searching for it. Sites that understand user intent and adjust their content accordingly are more likely to be successful when this update goes live.

No, not the speed of the network they’re on (although that’s probably something being worked on, too) – this update is about real-world speed, especially how fast someone is literally traveling when the search is made.

Consider this: People traveling at high speeds are more likely to experience interruptions in their connections when compared to people who remain within a solid, well-established internet zone.

A Google algorithm update focused on this would tilt results further in favor of quick-loading content, making it even more important for mobile websites to optimize their loading times.

[Generating a reputation score based on user interactions – Dec 2015]

In Prediction #3, we mentioned that Google is working on enhanced search results. This is an extension of that, and focused around using user activity to help generate an overall reputation score that can then be displayed in search results and on social media pages.

For example, when showing results liking to businesses, Google might include a snippet noting how trusted the owner of that business is.

People often search for new businesses to find information about them – but what if Google doesn’t yet have any information on that business?

That’s not particularly helpful, and this update – admittedly a minor one – is built around the idea of detecting when users are searching for new businesses and automatically updating the system.

(As Google pointed out in their patent application, maintaining an accurate, up-to-date list of businesses is harder and more expensive than most people think, given how quickly some stores open and close.)

14) Providing Suggestions Based on Visited Locations

If you’re the sort of person who frequently visits certain kinds of places – say, small coffee shops – Google wants to know about this. Specifically, this Google algorithm update revolves around seeing where you’ve been in the past to make better suggestions in its search results and help you find other places you may be interested in.

You may have noticed that many of these predictions are about mobile users, rather than desktop users. That’s no surprise, really – mobile searching is rapidly becoming the tool of choice for many people, and Google is investing in ways that will help it stay on top of the search market.

In fact, many of these potential changes are about predicting what you’ll need and getting ready to deliver it before you even realize it’s something you want.

2016 is shaping up to be an interesting year for Google, and we’re looking forward to seeing what they actually announce.

One Last Note: All of the ideas we’ve talked about here are predictions, not guarantees. While we’ve based these predictions on actual patents received by Google – rather than using simple guesswork, as some companies do – there are many reasons why Google might not implement things.

Perhaps something will take more than a year to program, or they decided they wanted to focus on something else instead. It happens, and we’d be genuinely surprised if every single prediction here came true.

As such, you shouldn’t run your business expecting any of these to actually happen – but you should have a plan for what to do if they’re officially announced. Doing this will help you be ready to take advantage of algorithm changes before any of your competitors who aren’t aware of this information.