Pokemon GO has proven to be an overnight phenomenon. It broke records on iOS, being the most downloaded app in its opening week ever, and raising upwards of $1.6 million a day without even accounting for Android players. While on Android, it has overtaken Twitter in daily active users. And it hasn’t even gone global yet.

Pokemon GO has been a success for many reasons, chief among them the combination of benefits: nostalgia, fun, fitness, community, competition, and ubiquity.

Pokemon GO is a new mobile app game from Niantic Labs and Nintendo, which has taken a giant leap forward in gaming while it making it look simple. The game uses augmented reality, combining GPS tracking with mobile cameras to place these creatures in the real world, by overlaying them in the environment on the cell phone screen.

Trainers must walk through the real world to find and capture the Pokemon using their phones, meaning people are always on the hunt.

The implications of this for marketers carry huge potential. Here, I want to give you some ideas and inspiration as to how your business can harness the power of Pokemon GO.

Digital marketing for local business has always been somewhat limited, but Pokemon GO opens up a huge opportunity. First, you’ll need to know what the major features of the game are in order to take advantage of them.

PokeStops are waystations in the game that provide important resources to players, including: 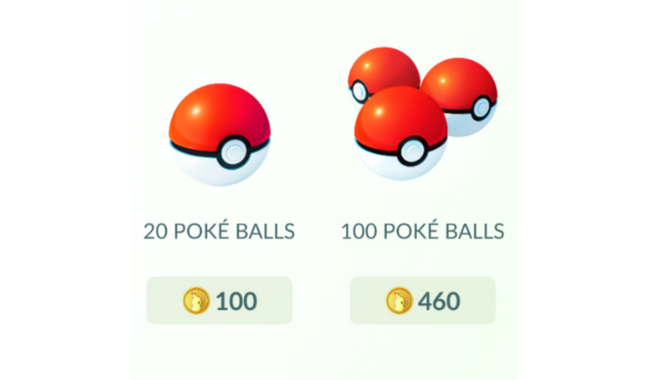 Pokeballs are the iconic spheres used to capture and store Pokemon. If individuals want to catch more Pokemon, they need more Pokeballs. There are special PokeBalls which have advanced features including the Pokeball, Great Ball, UltraBall, and MasterBall, enabling individuals to capture more powerful Pokemon. 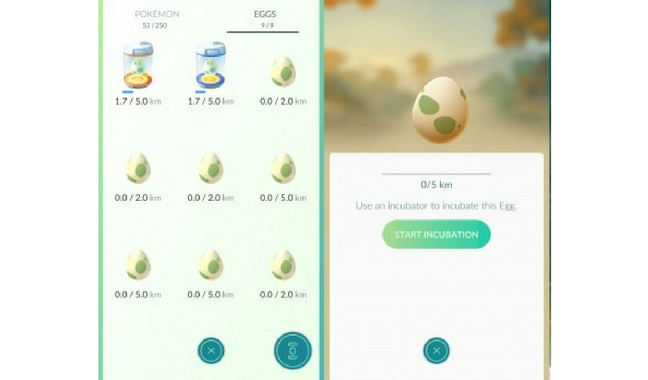 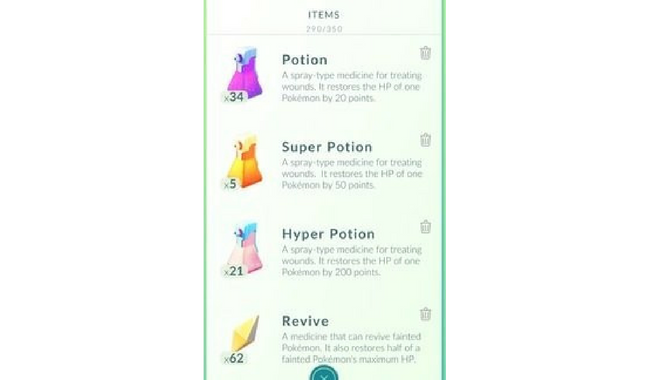 Trainers can find these items out in the world or purchase these items using PokeCoins, the in-game currency. PokeCoins are earned through battling, but can be bought with real money through in-app purchases.

The Gyms are the main focal points of the game. Gyms are the places where all trainers battle one another to earn PokeCoins, victories, and even take over the gym for their faction (more on those in a minute). 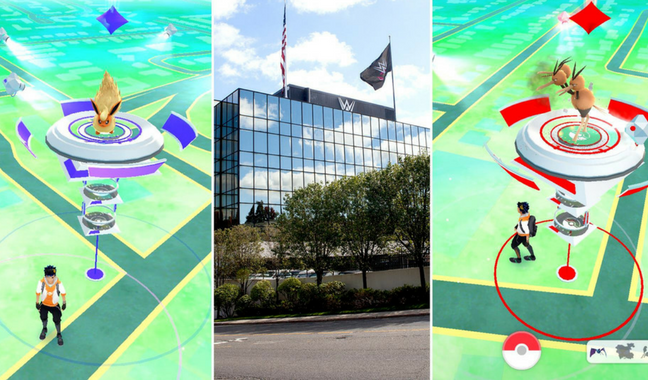 Even the WWE Headquarters in Stamford, CT can be a Pokemon Gym!

Trainers fight for their faction against others, or if no other factions are present, trainers from the same faction can build the prestige of the gym by battling one another.

The factions in the game are teams that players align themselves to. The main factions are: 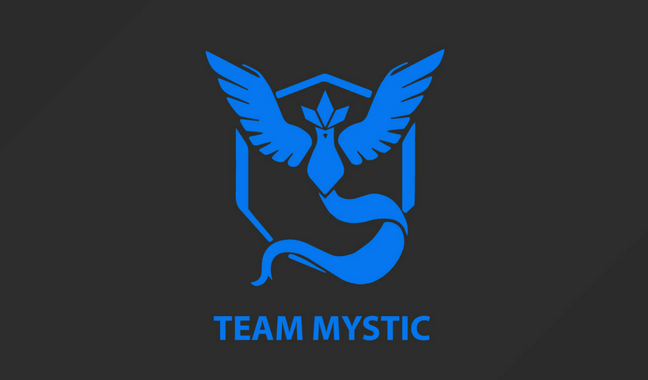 Colour: Blue
Archetype: Articuno
Leader: Blanche
Philosophy: Team Mystic is all about the evolution of Pokemon, believing in calm rationality and science as the keys to greater Pokemon power. As such, they are always tinkering with their Pokemon. 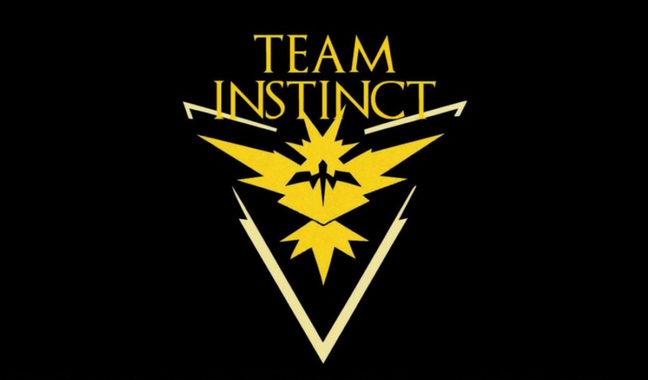 Colour: Yellow
Archetype: Zapdos
Leader: Spark
Philosophy: Team instinct believes, surprisingly, in instinct. They believe following your gut and trusting your emotions is the way to ultimate Pokemon power. As such, they trust their Pokemon to make their own decisions. 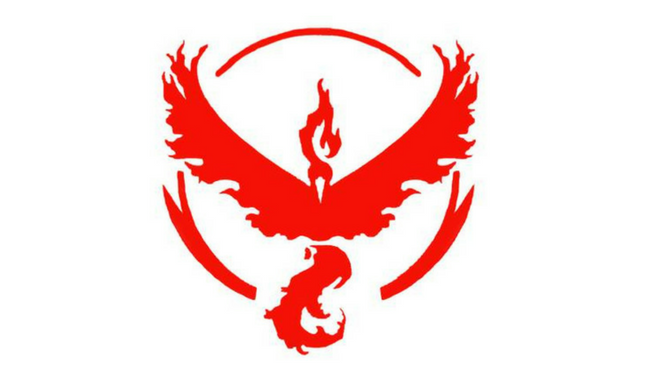 Every player who has exceeded level 5 in the game is recruited into one of these three teams. Players choose which one they are a part of, so the factions have different strengths in different areas.

What To Do With This Information To Market Your Business Successfully

So, you know what Pokemon GO is and what it involves. Now you need to know how to use it. For that, you need to install the app. 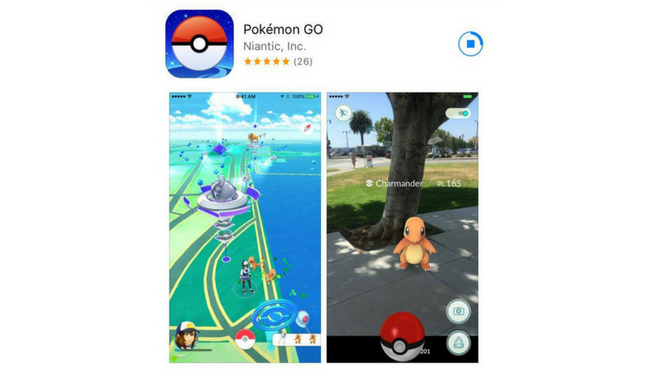 On my way to catching Pokemon…

Once you have it, there are several things you can do:

1) Find Out If Your Business Is A Gym Or PokeStop 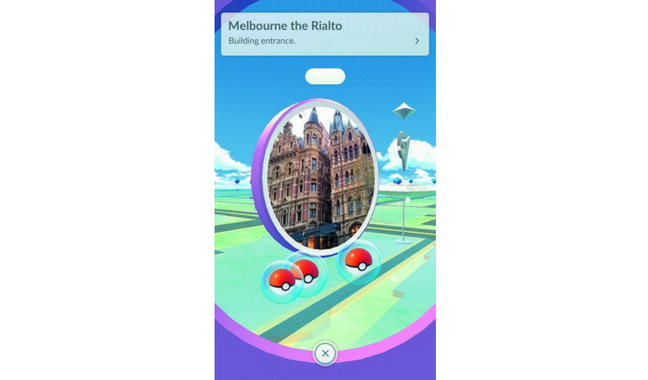 Install the app, open it and start walking. Stay close to your business and see what’s around. You’re looking for PokeStops and Gyms specifically, but there are examples of businesses that have ended up home to a rare Pokemon too.

Once you have this information, check whether the Stops, Gyms or Pokemon are accessible from within your business.

If they are, you have a great opportunity to massively increase your foot traffic with eager players, many of whom will welcome a sit down or browse.

Pokemon GO has a purchasable in-game item called a lure, which draws Pokemon to PokeStops for 30 minutes. $100 buys 14,500 Pokecoins, which is 21 lures. A company in London using this technique says it is making £44 for every £1 spent on lures, with a 26% increase in business as a result.

If you’re a coffee shop or any retail outlet with peak hours, you can buy lures to use in quieter times like the mid-afternoon and evening to increase foot traffic, as individuals are drawn to your business to find the Pokemon. 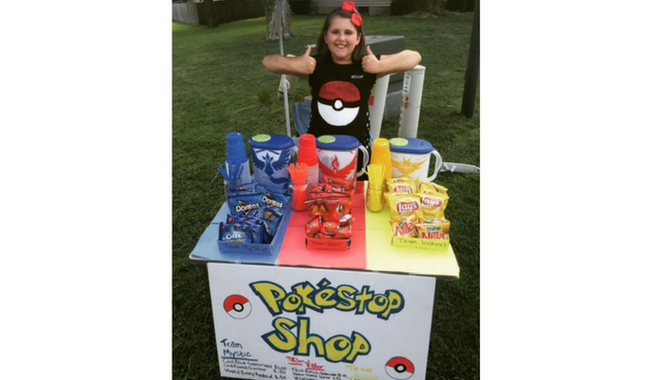 10-year-old Miranda opens a PokeStop located outside her sister’s house.

From there, you can do so many things to further tie in your restaurant with the game:

From there, you can do so many things to further tie in your restaurant with the game:

Once you have people through the door and you’ve exposed them to what your business can offer them, encourage people to make that all important first purchase.

When you have that, you can actively engage with the community to become a hub for players, which will create an enthusiastic repeat audience. 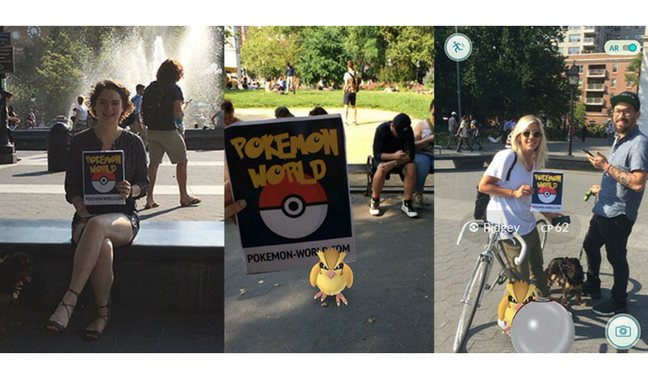 This is the very first Pokemon GO meetup held at Washington Square Park.

Creating a specific time for users to come together will be enticing to players, as they need to battle one another to earn coins, trade Pokemon and win gyms for their teams.

Users can only battle at PokeGyms, usually landmarks, churches, parks, and other places with high population density. If you’re near one of these, encouraging players to rendezvous on mass gets you a huge number of customers. 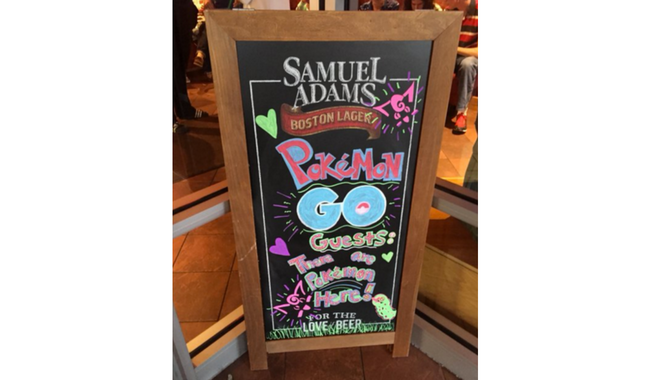 Pokemon GO players will have walked for kilometres on end, and may well be hungry and thirsty. Grow visibility to local game users by having game specific discounts and incentives. One business even gave away free food to befriend players. 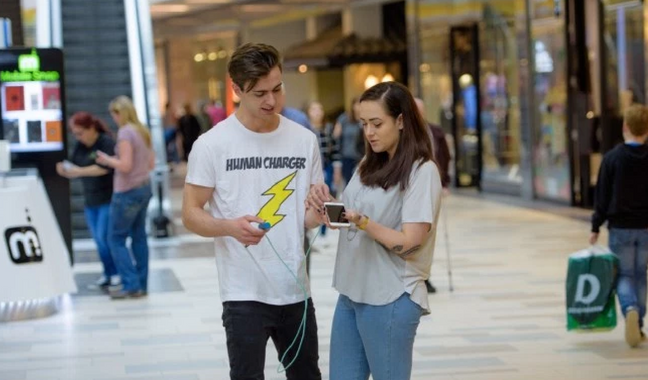 If you have power outlets, you can advertise these to players, whose phone battery will be constantly drained by the game. While their phone is charging, they are the captive audience for your up selling techniques.

Creative Pokemon GO promotions are getting huge traction on social media, both within their local area and worldwide. This means every promotion you do has a second life online, that will be pushed to even broader audiences than the initial foot traffic alone.

Always include the hashtag #PokemonGO when tweeting around the topic, and make sure there are updates on your Facebook page. These will help players share the news that there are special opportunities for a given business within their networks, and draw greater numbers to your location.

5) Harness The Power Of Teams

What’s more, you can use tribalism to create even more sophisticated incentives.

There’s a Reddit Thread on great marketing ideas companies have used, sharing their ideas with others.

A great example was a bar that was also a Pokemon Gym. 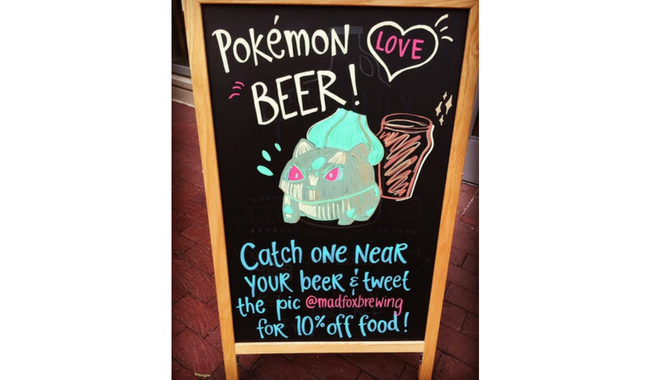 The bar decided to offer discount drinks to players in whichever faction controlled the gym.

This meant that players from every faction were incentivized to battle over the gym, which meant they were encouraged to stick around in order to get free drinks. Using competition between the teams created a thriving arena.

Another option is to find the most popular faction in your business area. The global metrics are already available, but local numbers vary greatly. 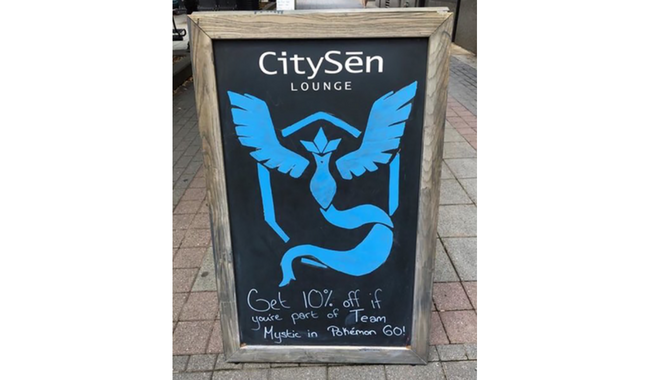 This will turn your business into a team hangout.

So when you know which team is most popular, you can align yourself with the most popular team.

You can identify which of the teams best suits your brand values and associate yourself with that team. For instance, a Gym would be better off aligning with Team Valor while a nightclub might be more in tune with Team Instinct. If you’re a Yoga studio, maybe don’t align with Team Mystic. If you don’t want to go that deep, just align the colors to your brand.

No matter if you’re an independent small business or a branch of a large chain, the gains observed by those already doing it clearly indict that you need to start using a Pokemon GO marketing strategy right away. Because of its local nature, augmented reality, and community-oriented sharable playing, the game has to be treated seriously by any forward thinking marketer.

Think of it this way. Tinder is a dating app. Dating apps were once frowned at and many people thought they wouldn’t take off until they did. Tinder became a huge success, and businesses benefited from people going on millions of first dates through the app. Global level businesses subsequently began marketing around the app.

So, you say, dating is considered a fundamental part of life. Well, guess what? So is play. Study after study has shown the importance of play, and Pokemon GO is combining the best aspects of video games with the social, dynamic play of the real world. And Pokemon GO has more users than Tinder.. already!

Your customers are out there right now, and if you wanna catch ‘em all, you gotta play along. Once users feel welcomed and accepted, even encouraged by your business, they are of course more likely to visit again or recommend it to their friends.

You rewarding their love of the game is an important building block in a long-lasting relationship that could continue long beyond the lifespan of the game’s own popularity. You have the chance to get in on the ground floor and exploit this once-in-a-generation event. Do it.

What do you think of using Pokemon GO as your marketing for local business? Do share your thoughts with us in the comment section down below!

😍 Emoji Marketing: 8 Best Campaigns And What You Can…Controversial Marketing: Exploiting Outrage For Massive Exposure9 Reasons Why Your Content Marketing Fails (And How You…
Loading Disqus Comments ...