How to Twitter Hashtag for Your Small or Medium-Sized Business 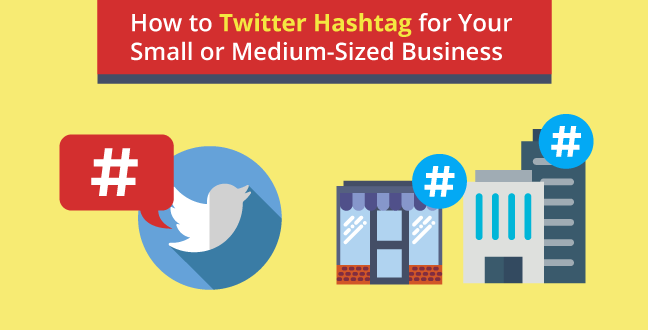 Twitter marketing can be easily utilized by every small or medium-sized business owner. With 330 million active users, Twitter is one of the biggest social media sites of the century.

There is no reason for you to not set up a Twitter account for your business. It’s free and it has an insane amount of users. There are 69 million users in the US alone. You can actively engage with your potential customers through this platform.

25.4% of users decided to make a purchase after they discovered a business through Twitter. Though Twitter can be a little tricky to get used to, that conversion rate should fuel you enough to get started.

How does a hashtag works?

One example of a hashtag on Twitter is #ThrowbackThursday. A hashtag is a short phrase, usually made up of less than 3 words following a # symbol. No space, no comma in between. Capitalization doesn’t differentiate a hashtag from one another. Therefore, #ThrowBackThursday will be treated just like #throwbackthursday. However, capitalization does make it easier to read. So keep that in mind while creating a hashtag. 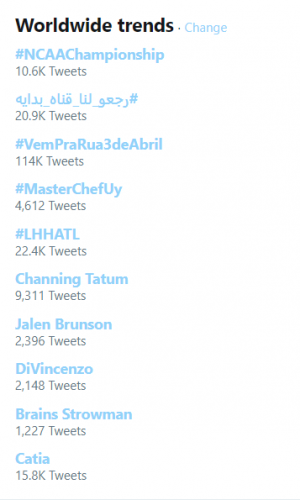 A hashtag that gets a huge number of tweets stands a chance to be trending. The trending list includes that most tweeted hashtags in an area. You can also tailor trends according to location. A tip here, Twitter desktop only shows you 10 trending hashtags, while the App version gives you 20. Try chime into the community by tweeting about something relevant while tagging in a trending hashtag. 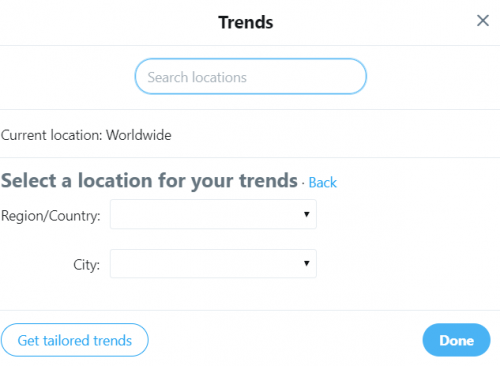 Tailor trends according to your location

Twitter utilizes hashtag as a mean to index tweets. A hashtag can be tracked by any Twitter user.

Let’s look at an example, you have a weekend sale every Saturday. You decided to utilize the hashtag #SalesSaturday on Twitter. So you tweeted something like this.

” Roses of every color to fit everyone that you love with only HALF the price! #SalesSaturday” 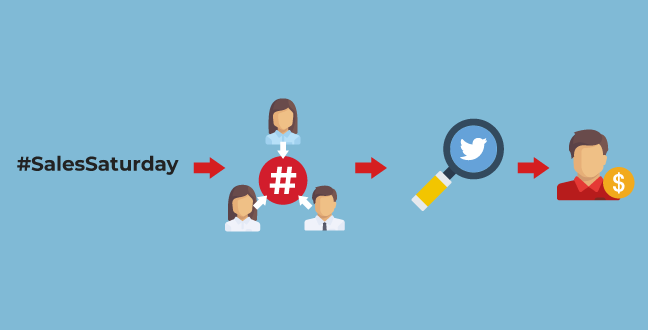 A user decided to do a little shopping. So they use Twitter search to track the #SalesSaturday hashtag and discovered your tweet. They liked it so they click on your website link listed on your profile and made a purchase.

Meanwhile, they also retweeted your tweet. One of their followers saw it and decided they want to surprise their loved one with a rose too. So now you gained two happy customers. One via the hashtag. Another via the amplification power of retweet.

The purpose of a hashtag is for users to track on a certain topic. Utilizing relevant hashtag makes you more discoverable.

Now that you know what hashtags to use. Let’s get down to business.

You got your basics: profile picture, handle, bio, header picture, and a pinned tweet. 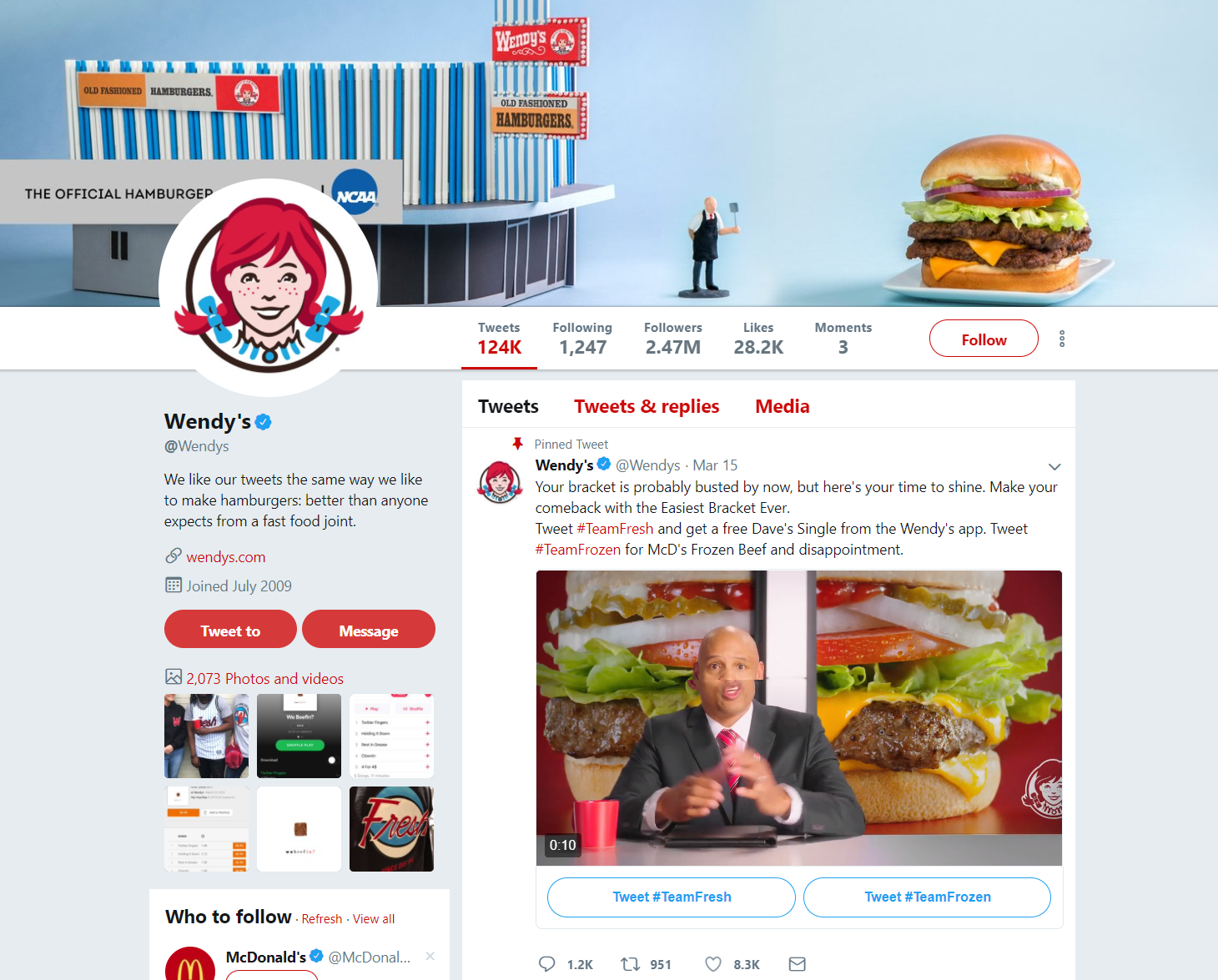 Handle: This is your username and unique URL. This should not be simply changed.

Display picture: This should be your company logo. Something from your latest promotional campaign works too.

Display name: Your display name can be different from your handle. It could be easily changed while bearing no substantial effect on your account.

Bio: Provide a precise introduction to your company. You can also set your location and link to your website.

Header: A horizontal picture should be fitted here. Choose a photo that can showcase your product. Again you can change it to fit your promotional campaign from time to time.

Tricks and Tips on how to use Twitter for your business 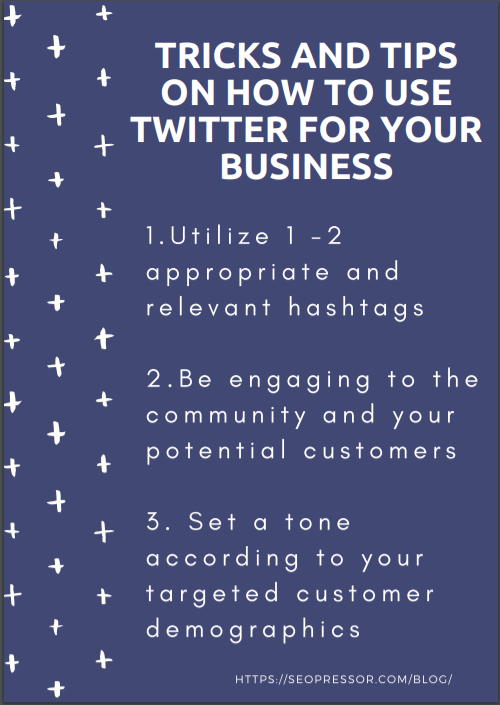 As mentioned before, the hashtag is a big part of the Twitter community. It is a major feature for users to track on a certain topic. It also acts as a means for Twitter itself to keep track of the 500 million tweets being tweeted every single day.

First and foremost, you should take advantage of hashtags to learn from others. Tags like #smallbiz, #startup or #marketing may contain useful information, sources, and latest news of the industry. Take this chance to be more intuned with your sector and mingle with your fellow entrepreneurs.

Twitter accounts can give you a shout out by mentioning you in a tweet and introducing you to their followers. Giving you exposure. Therefore, expanding your social network through Twitter is a pretty good idea. 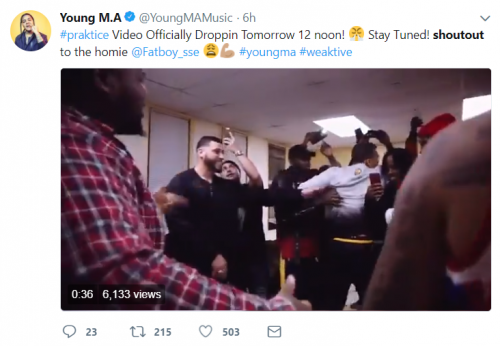 However, make sure you’re in good terms with each other before requesting for a shout out. Repay the favor by introducing them to your followers too!

An important reason to hashtag your tweets is to be engaged with the community.

Let’s say you own a company selling beauty products you can make use of #BeautyTipTuesday in your tweet. That way, you will be discovered by people tracking the hashtag. If they are intrigued by your tweet, they might click on your profile. Make sure to set up a good profile and pin a relevant yet appealing tweet. That way there is a high possibility that the user would become a follower. A follower would, in turn, become a customer. That’s why hashtagging your tweets are important.

However, abusing multiple hashtags in your tweet is a big no-no. Most Twitter users deem a tweet made up of mostly hashtags as spam and pay it no attention. Therefore, be selective on which hashtag to use. Use at most 2 hashtags per tweet. Make sure to pick one that can you can maximize to reach the most users while still stay relevant to your business.

You can also create your own hashtag for your company or a promotional campaign. The tips for creating a hashtag is: keep it simple. There should be three words or less in a hashtag. As mentioned before, capitalize it accordingly so it’s easier to read.

Nike, for example, has created the #ChooseGo hashtag on the conjunction of their newest campaign. Users are actively hashtagging their post with #ChooseGo to showcase their active lifestyle. There you have a good example of creating and utilizing a hashtag to engage with the community while also actively promoting your product. 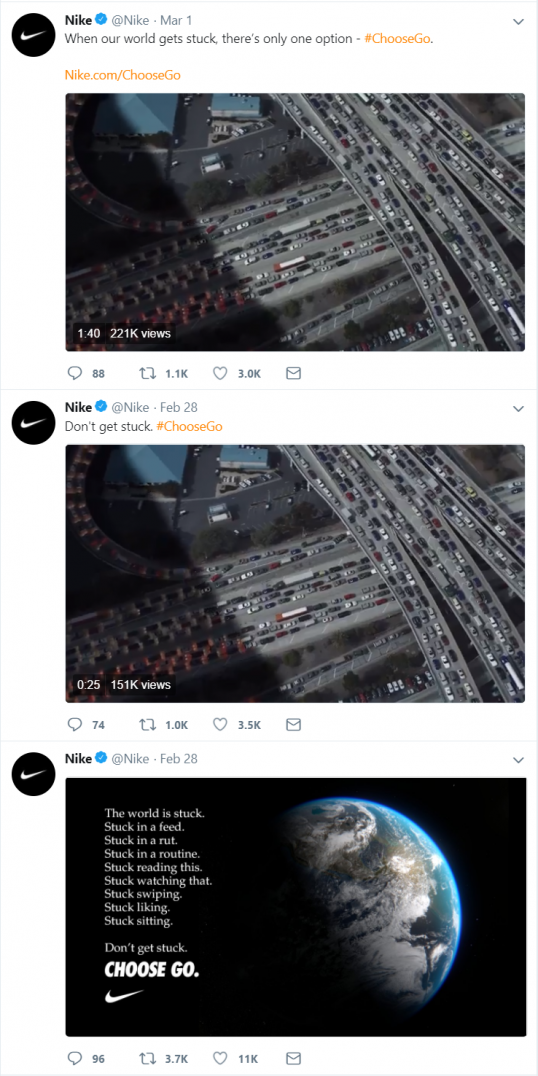 At the end of the day, a little effort goes a long way. Send a tweet daily to promote your business and engage with the community while intricately utilizing relevant hashtags to boost discoverability.

Twitter is a free platform for you to interact with the crowd. Any Twitter users can mention you (by utilizing the @ symbol). It could be a suggestion, a query or simply for fun. You can interact with the tweet in a few ways.

For one, click on the heart symbol to like it. You can also retweet it, as in reposting it on your account for your followers to see. Quote tweet, as opposed to a retweet, means you can add a comment while retweeting. Nevertheless, you can also go for the good old reply. 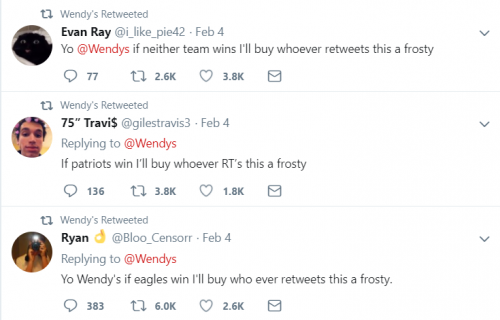 If you’d like to keep things more private, you can always utilize DM. DM stands for direct message. Everything in DM will be kept only between those involved. Make sure you keep your DM open, or else users you are not following won’t be able to send you a DM.

Next, you need to establish a character for your Twitter in order to stand out. One famous business Twitter account that has a strong character is Wendy’s. Yes, the fast food chain restaurant with a sweet looking little girl as a mascot.

Wendy’s is famous on Twitter for one reason. They’re ruthless. 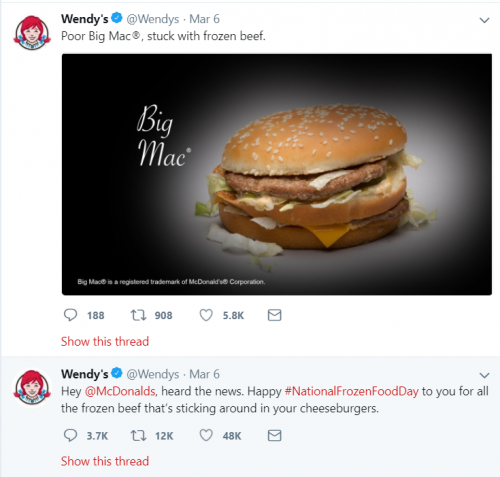 Wendy’s roasting McDonald’s while utilizing the hashtag #NationalFrozenFoodDay. A tactic to both promote their promise on only ever use fresh, never frozen meat and creating drama with one of their major competitor to attract public attention.

They’re so dedicated to agitating their competitor. They actually created a whole thread (a link of continuous tweets) roasting EVERY SINGLE BURGER of McD’s.

Your targeted customer demographic should be considered while setting the tone. If you’re selling baby products, a sarcastic tone would not be considered appropriate.

Twitter is free and has an insane number of users. Reach a bigger audience by creating a Twitter account and utilizing hashtags. Set up your handle, display name, display picture, bio, header and pinned tweet. Fit in 1 or 2 relevant hashtags for your tweets to engage with the community while still staying relevant to your business. Excess hashtags in a tweet are treated as spam. 3 tips on using Twitter for your business: utilize Twitter hashtag, be engaging and set a tone that suits your business image.