Meerkat and Periscope: How Marketers Use These Apps To Their Advantage 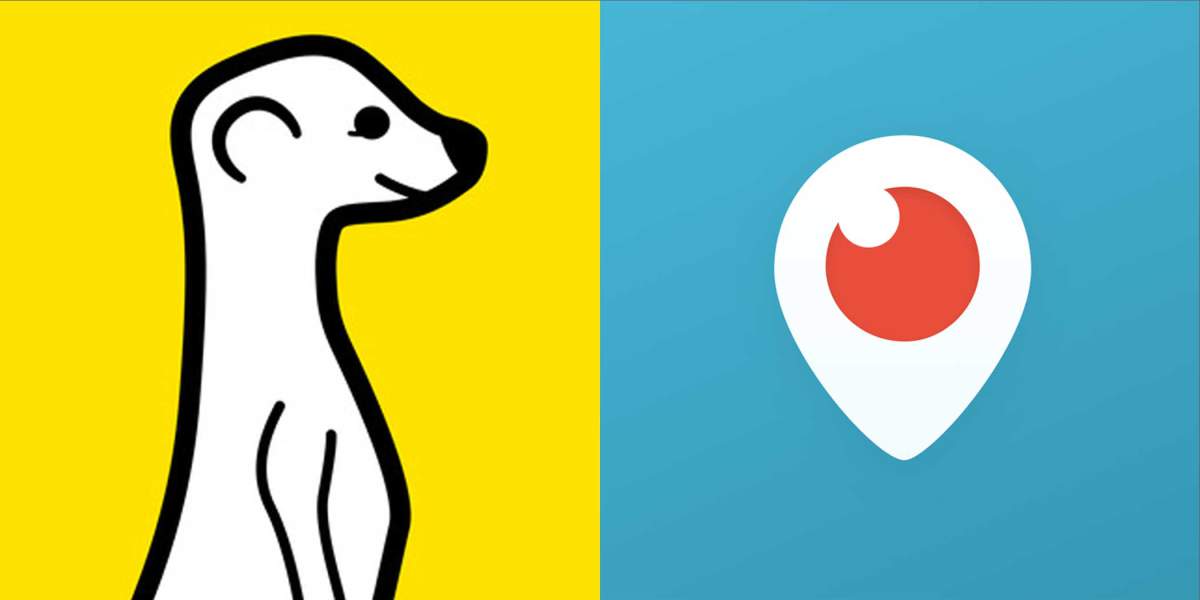 Marketers always get excited when new tools become available to them, something that happens quite often due to the constant advancements being made on a daily basis.

The problem is that many of these new tools require marketers to work on new platforms. For example, whenever a new social media platform is released that has promise, marketers must start from scratch and build a user base out of a small list of growing users.

This is why the launch of the Meerkat and Periscope apps have caused such a stir – they are integrated with Twitter, which means you most likely already have a built-in audience.

What exactly are the Meerkat and Periscope apps?

At their most basic, Meerkat and Periscope are live video streaming apps. They allow Twitter users to broadcast video as well as watch video from all over the world. This is a huge deal for a number of reasons: 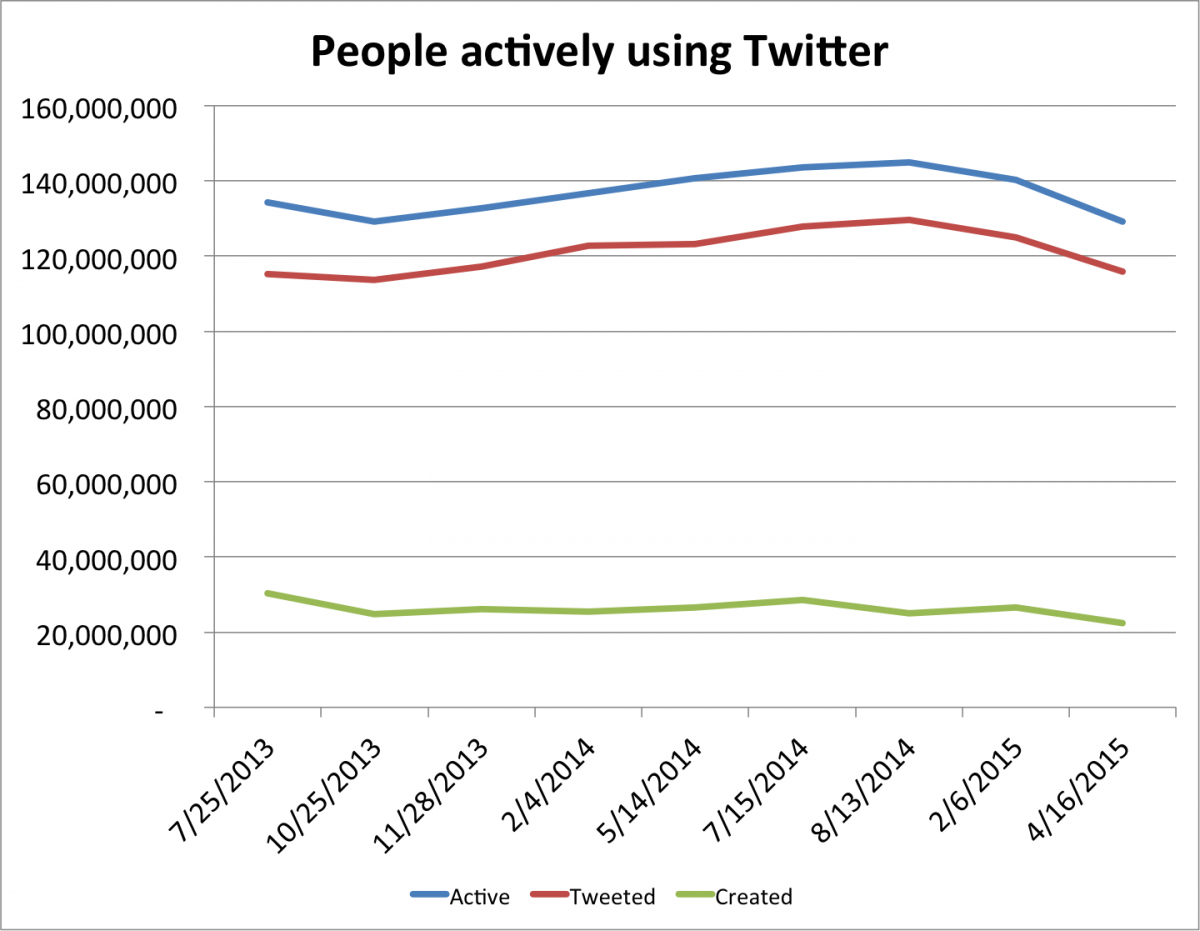 In the first quarter of 2015, there were roughly 65 million active users on Twitter in the United States alone. Worldwide, there are more than 100 million Twitter users that log in every day! This means that Meerkat and Periscope both present marketers with incredible new marketing opportunities.

What is the difference between Meerkat and Periscope?

While the Meerkat app came out first, the Periscope app was launched soon after. Both were small startups, although Periscope was bought by Twitter. Periscope is currently the more popular app – not too surprising considering it has Twitter’s backing. The following are the differences between the two apps:

What marketing opportunities do Meerkat and Periscope offer?

Twitter users were posting thousands of comments as they engaged with what they were seeing, they also posted questions that were asked to the actors attending the event. This kind of live interaction can be absolutely invaluable to marketers.

In addition to being a showcase on how popular a live event can be if live streamed, this Game of Thrones live stream also shows how a Q&A session can work. Meerkat and Periscope marketing is a fantastic way to engage with users in real time.

LIVE on #Periscope: #NewXF Reveal at Flatiron in NYC https://t.co/BnWqwu5jiC

Don’t forget, we’re live streaming the reveal of our new #RAV4 Hybrid at #NYIAS from BOTH @AppMeerkat and @periscopeco! Tune in at 12:30 PM!

A great example of a product unveiling is the unveiling of four new cars at the New York International Auto Show via both Meerkat and Periscope. Four different brands decided to unveil new models through the apps, including Jaguar, Mercedes, Nissan and Toyota.

Viewers of these livestreams were treated with not only the unveiling of these models but also real time tours of their interiors, behind the scenes moments, interviews with CEOs and more. This example shows how you can use Meerkat and Periscope marketing to unveil a new product and provide answers in real time to users watching the stream.

Meerkat and Periscope are also great opportunities to demonstrate your products or services to users.

Take for example Embers Studio. A graphic artist spoke about his t-shirt designs as well as provided information about designing icons and stock images. He took questions about his industry as well as his products and ended up not only selling t-shirts during the livestream but also taking several requests for custom orders. 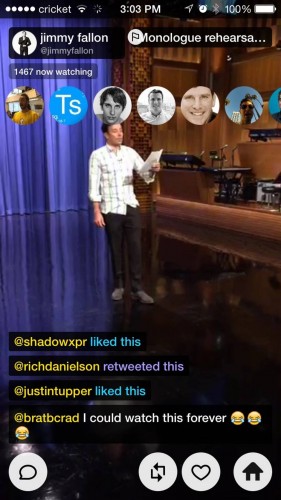 Tonight Show host Jimmy Fallon is at the top of Meerkat’s leaderboard because he uses the app in order to broadcast behind the scenes moments of his show, including live rehearsals of his monologues, scenes from his desk and even moments of him playing Mario Kart!

Not only does this make users feel privileged, like they are being let in to a world that no one else has access too, but it helps to increase his audience since users who catch these livestreams are more likely to be interested in checking out his show if they don’t already. 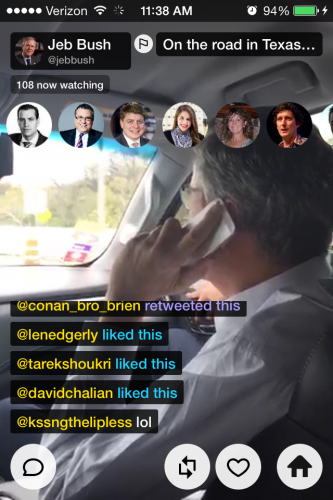 Politicians need to market themselves to, and Jeb Bush has already jumped on the opportunity to use Meerkat as a way to broadcast political speeches. This is an incredible way to increase exposure of your ideas to the masses.

As you can see, Meerkat and Periscope marketing techniques are already being used in a number of successful ways. One of the biggest advantages of the two apps, besides the fact that online users love video, is that livestreams are only available to view once (or in Periscope’s case, for 24 hours), this makes each livestream a must-see broadcast that helps drive urgency, since users can’t just wait until later to watch it.