We like to use Twitter to promote our blog posts and articles. When we have a new post, we mention it on Twitter by using a teaser line to generate interest in the post and then include an abbreviated URL link. We do this because we want to attract people to our blog. Isn’t that why nearly everyone posts on Twitter — to increase our site traffic?

But it is very easy for our tweets to get lost in the sea of tweets, tweets are constantly getting pushed down the page by newer tweets that appear every now and then. When so many people are talking at once, how can we get a word in edgewise?

You’ve probably noticed this: tweets that stood out from the crowd are tweets that seemed more polished, substantive, and interesting. Most of these tweets had rich media like summary, photos, and video within them. Typically these tweets were from major news sites, but it wasn’t long before other, smaller outfits were using them, too. Turns out these media-rich tweets have been around since June 2012. They’re called Twitter Cards.

You might have heard of Twitter Cards but aren’t sure what they are or why they’re important to marketers, bloggers, web developers, SEO enthusiasts, and everyone else whose goal is to optimize their content. 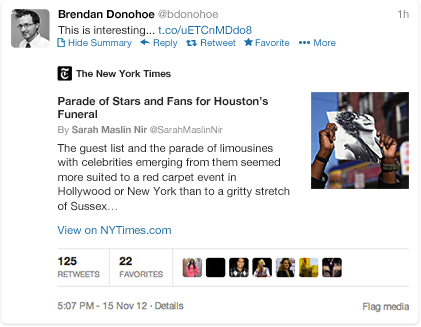 We love the Twitter Card because it is a richer snapshot of the company, blog, or article. The Twitter Card is still a tweet, so it’s short and concise, but it packs a bigger punch than a typical tweet. As compared to typical tweets, Twitter Cards generate more click-thrus to our sites, which in turn increase our traffic. Branding is immediately enhanced just by using Twitter Cards.

At present, there are eight types of Twitter Cards. They are Summary, Large Image Summary, Photo, Gallery, App, Player, Product, and the most recent addition to the collection, Lead Generation. We will be implementing more of these Twitter Cards into SEOPressor in our upcoming updates.

You wrote an interesting article and tweeted it. Most probably, your tweet consists of a line of catchy teaser and a link to the URL. While it is a fine approach, it is simply not the most effective way to tweet your content. Your tweet will looks like every other tweets out there and soon you will notice that nobody is clicking your link.

But by using the Twitter Summary Card, you will be able to include the title of your article, a description of it, a thumbnail of the accompanying photo, and the name of your website. And that was in addition to the 140-characters you could use for the teaser copy! Your tweet will stands out from the crowd and there will be more people reading your article.

For those who are savvy, you can refer to Twitter’s documentation and manually add a few lines of HTML to your websites. It is most likely going to take some times though. And you have to do that repeatedly for each of your post/page, probably the less intuitive way to set up your Twitter Card.

Or you can use SEOPressor Social SEO feature to easily set up your Twitter card. SEOpressor Social SEO also includes easy set up of Facebook Open Graph Tag, which is a similar approach from Facebook to help your content stands out in the feed.

Setting up Twitter Card is easy with SEOPressor Social SEO

*Standing out in social media feed is so important now – are you using SEOPressor Social SEO feature to gain a competitive edge? If not, then it’s probably time for you to do so! 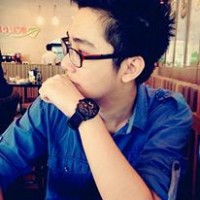 Yi Yun is an inbound marketer who specializes in UI/UX. He is constantly in search of new knowledge to quench his thirst for 'how things work'.

Interview With The Co-Founder Of A Revolutionary SEO Suite, BiQBiQ: The New SEO Suite On The BlockSEO in 2019: 6 Untold Trends To Watch For
Loading Disqus Comments ...