Everything You Need To Know About Google RankBrain 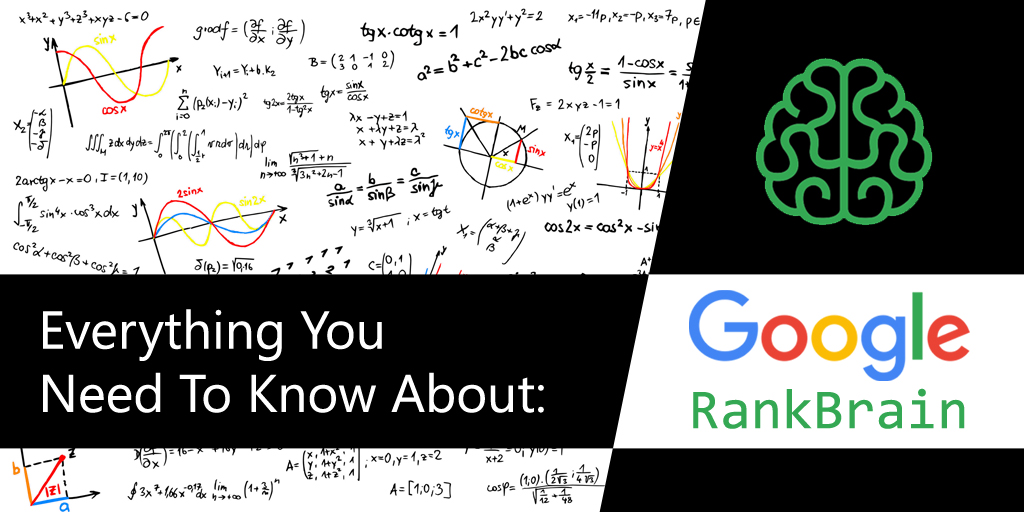 In October 2015, Google launches what is now known to be the first use of artificial intelligence in its ranking algorithm.

While it has been more than half a year since its release, very few information about it has been made official by Google.

A lot of people were left in the dark. What it actually is? What kind of signals does RankBrain track in order to rank websites?

Does the AI automate everything Google does and now Google engineers are left with nothing to do?

There’s a lot of myths going around so let’s find out and separate the facts from the fiction.

So What is RankBrain?

Simply put, RankBrain is an algorithm that helps Google break down and understand complex search queries.

You can say that RankBrain translates search queries from “human” language into “searchese” or language that can be easily be processed by Google.

If you notice, in the translated query, the keyword “Crossword” is added into the mix. This is the brilliance of the AI part of RankBrain.

In this example, RankBrain guesses that the keyword “puzzle” in this context means a crossword puzzle.

This conclusion is made by understanding that “New York Times” is a newspaper that’s popular with its crossword puzzles.

Which brings me to my next point. How does RankBrain “understand” this?

Another great feature of RankBrain is that it uses deep learning process in order to synthesize new information out of existing ones and find similarities in differently worded queries.

And RankBrain does all of this without human interference. How awesome is that?

Why Was RankBrain Created?

In order to further understand RankBrain’s purpose I think it’s a good thing to take a look at the issues the algorithm is designed to address:

By understanding the main concern RankBrain is trying to solve, we can rule out the more outlandish speculations of what the AI system does.

How Does RankBrain Work?

You might be wondering where does RankBrain fits in Google’s grand scheme. Is it a ranking algorithm? Does it penalize bad results or something?

Not in my understanding.

I’ve found a great illustration by Damian Fanish from Quora that help explain it easily. 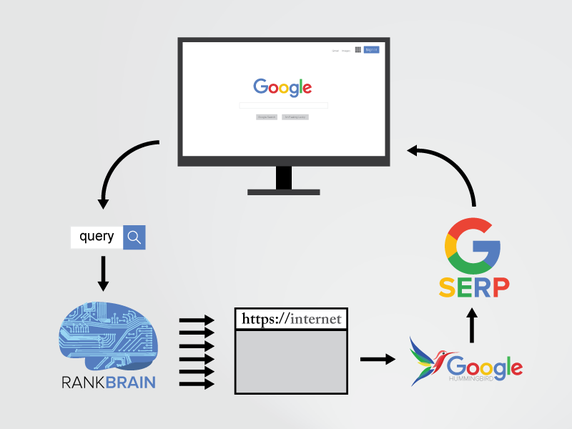 RankBrain works in conjunction with Google’s other ranking algorithms.

Like previously mentioned, RankBrain refines search queries and filters the search results. The filtered results are then ranked by Google’s ranking algorithm as usual and then presented to the users as a search engine results page.

As you can see, RankBrain does not replace the existing algorithms but feeds them a better filtered queries.

How Will RankBrain Affect Us?

For us marketers and SEOs, the answer is surprisingly, not much. Think of it as an optimization effort by Google in improving their processing.

That being said there are still quite a few things that RankBrain bring to the table:

As usual, as Google rolls out new algorithms, it’s unavoidable to get people clamoring SEO is dead yet again. Doesn’t help that this time around it’s about an AI system hell bent on taking over the world.

The answer of course, it won’t. RankBrain might change a little bit in how we do keyword research and implement them in our contents but that’s mostly it.

In another word, SEO will become even more sophisticated and we have to rely a lot more on quality rather than technical SEO.

The Future Of RankBrain

And as usual, nothing is certain especially in fast evolving industries like SEO. For now RankBrain’s application is quite minimal to put it in simple term.

In the future, it’s very likely that RankBrain will be used in a wider application than just interpreting search queries.

Should the AI is advanced enough to actually understand all contents online, then it will be a huge breakthrough in the industry. So huge it might make a lot more technical stuff like tags and metadata obsolete.

To close it all, I’d like to make it clear that most of the information in this post is made after analyzing Google’s official announcements, a patent that’s related to RankBrain and what other experts thought about it.

Given what little is officially stated by Google and piecing up pieces of the puzzle, I might need to emphasize that this speculation of mine might not be entirely accurate.

But should more information become available I will sure to update this post to reflect any new discoveries made. Let me know in the comment section whether you love or hate RankBrain!