It’s the first week of September and I am already all hyped for Christmas. Before I compile my Christmas shopping list, here are the hot takes you should know:

Ever since Google introduced a new algorithm to generate titles for web pages, the SEO community has been filled with excitement and outcry.

Among the new updates, a major change is that Google is producing titles that work better for overall documents regardless of the searcher’s query. The title tag is still important, and the new system is emphasizing more on headers (H1, H2, H3, etc.) than before.

Even though it has been more than 2 weeks since the “discovery” of this new update, the SEO community is still confused about whether that affects their ranking.

It seems John Mueller himself has taken this QnA into his own hand. It was a simple – “No”

In the same Twitter thread, John further explained that this is merely a display change not meant to change rankings. Google frequently make ranking changes, and this new update does not affect the ranking people worried about.

In a month-long Twitter thread by Colin Bendell, a Performance Engineering at Shopify, it was clear as day that he was frustrated to see developers adding UA checks for ‘ChromeLighthouse’ and then use document.write().

He further added that this “Lighthouse cheat code” to get flying Lighthouse scores not only will not get better SEO ranking, but will also damage buyer experience and have a negative impact on the Shopify business.

On the same day, John Muller further supported Colin by replying to his Twitter:

I understand getting on the first page of SERP will help business tremendously, but let’s hope people would stop faking their Lighthouse scores because there will be dire consequences to pay.

After Google’s new search system update, some are asking if they should change their existing title tag and follow the title generated by Google for the sake of their rankings.

John Muller said that would be unwise to follow what the Google title says unless you, as a webmaster, like it better that way.

Don’t worry, it won’t impact your ranking. John said so himself.

On August 23rd, complaints about Google presenting incomplete or buggy data reports were found flying in the digital realm. Some sites were severely impacted and could not see any promising impressions and clicks.

On 31st August, John Muller responded to that incident on Twitter. It seems the data is lost and there won’t be back-filled.

That’s all for this week

Now if you don’t mind, I’ll be getting back to my Christmas shopping list now. Say… should I buy some more new ornaments? 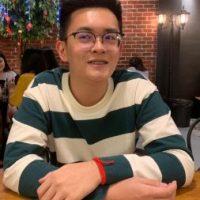 When life is bitter, drink black coffee indoor and grab yourself some self-help books while listening to cafe lofi. Win Wei is just another being that enjoys life and the wonders of digital marketing. Oh, I do love myself some swimming, too.