June’s here and summer is coming! With the world slowly reeling from the Covid-19 pandemic, let’s find out what went down in the SEO world for this week.

Google seems to have added a feature in the setting to Google My Business to allow businesses to hide their phone numbers from appearing in Google Maps and Google Search’s local results.

Google My Business’ help document has also been update which says you can now “hide the phone number on your Business Profile.”

This was first spotted by a Twitter user who posted a screenshot of how it works, and how you can toggle your phone number to hide in your local Google business profile.

Business can now hide their phone number in GMB.

The change appears in support documentation that provides instructions specific to the New Merchant Experience. (i.e. direct edit). It does not appear to be available within the GMB dashboard.https://t.co/hB2ksHWvHv pic.twitter.com/9GkxGLeOCI

This may be a feature that many businesses and companies would like to use, as companies like Google do not want people to constantly give them a phone call.

This was announced earlier in the year and can make a huge difference with your core web vitals scores. This should start happening in mid-June 2021, along with the page experience update rollout. So that could be anytime now!

At the 7:43 mark, Jeffery said “One other way you can get page performance for your users is taking advantage of prefetching on Google Search via the use of signed exchanges.”

“Pages are prefetched and stored on the user’s browser, ready to be loaded when the user clicks on the result, leading to near instant loading,” he added.

This is possible through the use of Google’s fast cache servers that are distributed around the world. Users can now take advantage of this without incurring any additional costs.

Jeffrey Jose confirmed that Signed Exchanges are now available for all pages on Google Search.

Signed Exchanges are generally available for all pages on Google Search. https://t.co/SgEYZtipZl

A Twitter user shared a couple of screenshots which he noticed that Google has been testing the header on the search feature for “people also ask.” He noticed that the header has been replaced with “learn more.”

So far, Google has not commented on this yet. It remains to be seen whether this is a subtle change being done by Google or not.

Have you noticed any changes with the “people also ask” feature? If yes, do share with me in the comments below!

Google has released another core update, six months after the last core update which was called December 2020 core update. This new update is called the June 2021 Core Update.

This update has started rolling out on June 2, 2021. The update should take about two weeks to fully roll out.

Later today, we are releasing a broad core update, as we do several times per year. It is called the June 2021 Core Update. Our guidance about such updates is here:https://t.co/e5ZQUA3RC6

This will be followed by the July 2021 Core update. Here’s more information about that…

There is no news on what this core update contains. Google would not divulge that information. However, since its launch, there isn’t any visible impact in the Google Search results so far.

June 2021 core update will be part of a bigger core update. Originally, Google planned to release a full core update in June (now). But not all the planned improvements are quite ready yet so they decided to move ahead with the parts that are ready and will follow with the rest with the July 2021 update.

Of course, any core update can produce drops or gains for some content. Because of the two-part nature of this release, it’s possible a very small slice of content might see changes in June that reverse in July….

And that’s all I have for this week’s SEO news update. As always, you can check out our past SEO updates by clicking on the SEO News tab at the top.

Till next time, see ya! 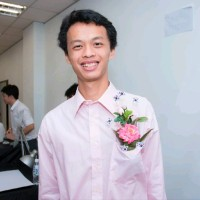 A coffee aficionado who's fascinated with the world of digital marketing and SEO. When he's free, he'll be chasing plastic discs out on a field.