Google Penguin 4.0: What You Need To Know 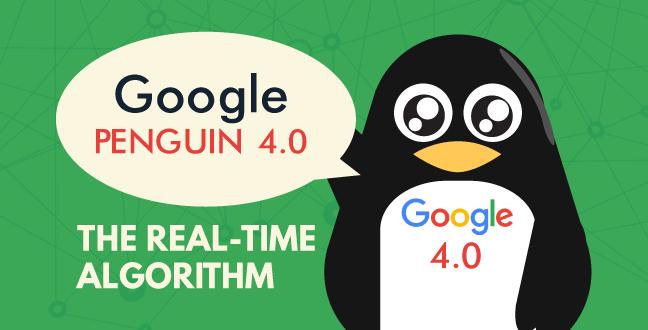 After over two years, Google has finally updated its somewhat controversial “Penguin” anti-spamming algorithm. They announced this week that Google Penguin 4.0 is in the process of rolling out, and it’s expected to be working worldwide within a week or two.

As with any major shift in Google’s ranking systems, this is causing a flurry of activity and speculation within the SEO community. How will it affect sites? Do you need to do anything, in particular, to avoid being penalized by the Google Penguin 4.0 update?

Well, if you’ve only been sticking to above-board white hat SEO and link-building techniques already, the spoiler is: Probably not. In fact, unlike most major Google updates, Penguin 4.0 is being largely applauded by the SEO community. However, it’s worth digging into what Google Penguin does and how these new changes will affect their search rankings in general. If you are in danger of being affected, you need to know.

Let’s start with a quick look at the history of this algorithm.

The March Of The Google Penguins

Google Penguin began in 2012, with a singular purpose: To cut down on the ability of websites to use shady tactics to boost their Search Engine Results Page (SERP) placement by “gaming” Google’s ranking systems. It targeted a number of tactics which had been degrading the quality of Google’s results and making it hard for searchers to find relevant information. 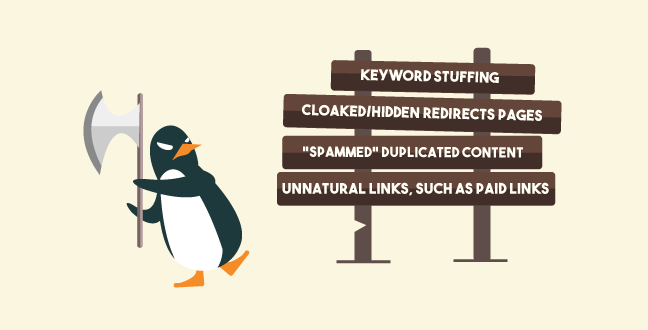 If you’ve read any articles about SEO in the last five years, you already knew that using any of these tactics was bad news. Most SEO experts disliked these techniques intensely and agreed that anyone who engaged in them was being shady.

The only real issue was that last item: It’s often very difficult to distinguish paid or inorganic link-building from legitimate linking. This caused some innocent websites to get hit, but in response, Google updated Penguin fairly frequently for the first couple years.

Penguin 2.0 rolled out in 2013, and Penguin 3.0 debuted in 2014, each looking to refine the overall techniques being used to sort the black hats from the white hats.

It’s also worth mentioning that Google Penguin never affected a huge percentage of search results. The initial Penguin launch was estimated to have hit around 3% of searches, and each update since then has only impacted around 1%-2% of queries.

In other words, Penguin did exactly what it was supposed to with a relative minimum of “collateral damage”. Spammy, low-quality, machine-written, or outright fraudulent pages got knocked off the top of search results, and everyone else -users and honest webmasters alike-benefited.

However, there were still some remaining gripes and issues with Penguin, which is what this two-years-in-the-making Google Penguin 4.0 update addresses. So let’s look at what changed. 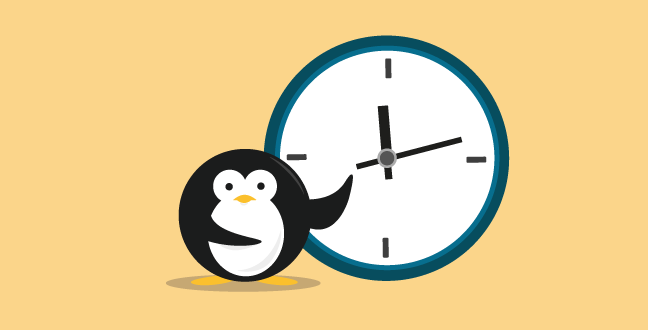 This one is a major boon to webmasters. Previously, Penguin results were only updated periodically.

This could be a big problem for anyone unfairly or accidentally hit by Penguin-related penalties. Unless they reached out to Google directly for assistance, it could take weeks or even months for updates they made to their sites or to their link profile to be recognized.

Google Penguin 4.0 is now directly integrated into Google’s collection of ranking signals, and Penguin-related penalties are assessed whenever a page is re-crawled and re-indexed. So, Penguin now responds as quickly as any other Google algorithm.

This brings about a minor secondary change:

2) Google Penguin Will No Longer Get Update Announcements 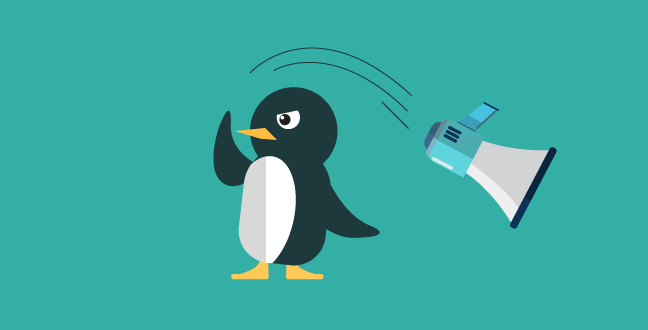 Because the Google Penguin 4.0 update has been integrated directly into Google’s overall ranking systems and works in real-time, that means it’s going to be updated in real-time as well. In the same way, Google doesn’t announce minor tweaks to their PageRank system, for example, they won’t be publicizing day-to-day updates to Google Penguin either.

And that’s just as well. Google Penguin is well-understood, and the tactics it targets is already shunned by webmasters with any sense. 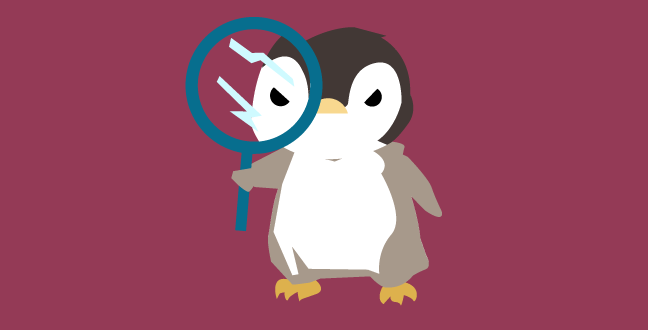 This is the other change which will be a big help to those who end up getting accidentally penalized: Rather than affecting a site’s global domain-level results, Google Penguin penalties will now be levied on a page-by-page basis.

Since at this point, one of the biggest sources of Google Penguin penalties among honest webmasters relates to poor-quality sites linking to them unasked-for, this will greatly reduce the penalties those webmasters see.

It’s still going to be important to police your inbound links –which we’ll discuss in more depth in a minute– but you’ll no longer see your entire domain fall off the SERP results due to a Google Penguin penalty.

We suspect this may also be intended to decrease the effectiveness of another particularly underhanded black-hat activity: Creating deliberately bad link farms that attack competitors’ search rankings through spammy-seeming inbound links. While thankfully this tactic is relatively rare, it’s now going to be vastly harder for those attempting it to do much damage.

Google Penguin 4.0 And You: What Does This Mean For Your Website? 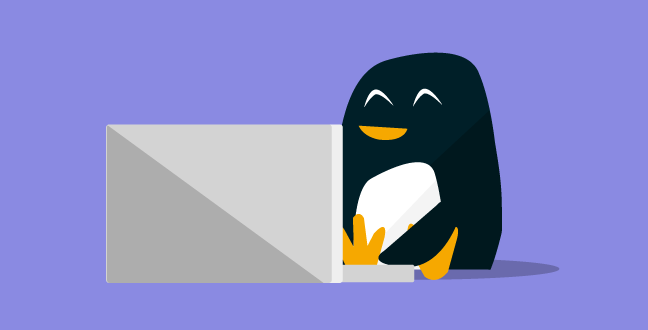 As we said above, if you’ve already been following good white-hat SEO and link-building practices, chances are that the Google Penguin 4.0 update will have little, if any, effect on your rankings. The most likely effect is seeing them rise slightly, due to spammy competitors getting de-listed.

However, it will be a good idea to pay close attention to several key performance indicators for your website, just in case. If you notice any of the following effects in the next few weeks, there’s a chance you’ve been hit with a Penguin bomb:

Otherwise, the only major way an innocent site might be at serious risk is if they’re running what appears to be a “Private Blog Network“.

A PBN –which isn’t necessarily specific to blogs– is when a single owner or marketer has a large number of seemingly-unrelated websites which all cross-link to each other extensively. If this happens to describe you, reduce the cross-links and look to build more organic links instead.

Beyond that, just keep an eye on your backlink profile. It’s a good idea to regularly index your backlinks, and do some research on regular linkers to ensure they’re high-quality/high-reliability sources.

You can disavow your link from Google’s link disavowal tool.

If you find yourself getting a lot of links from sources you don’t want, remember that Google has a Link Disavowal Tool which allows you to quickly specify inbound links you want them to ignore.

Google Penguin 4.0 Update: Not That Big A Deal 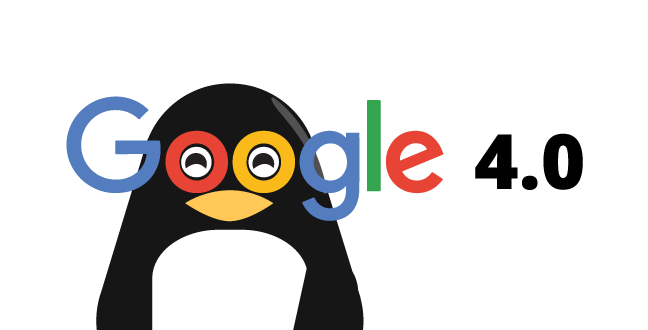 In short, Penguin 4.0 just represents Google’s ongoing commitment to providing the highest-quality links that are relevant to searchers. There’s nothing surprising about it, and there’s little reason to think it’s going to have much impact on the vast majority of above-board webmasters.

Keep focusing on providing the highest-quality and most relevant content you have, and trust that Penguin is protecting you from being damaged by less scrupulous competitors. The best way to build links and PageRank today is with a focus on being a high-quality resource for your visitors.

If you need to do a quick site audit to check your link profile to see how is it performing, just visit the SEOPressor Site Audit. It’s quick and easy! 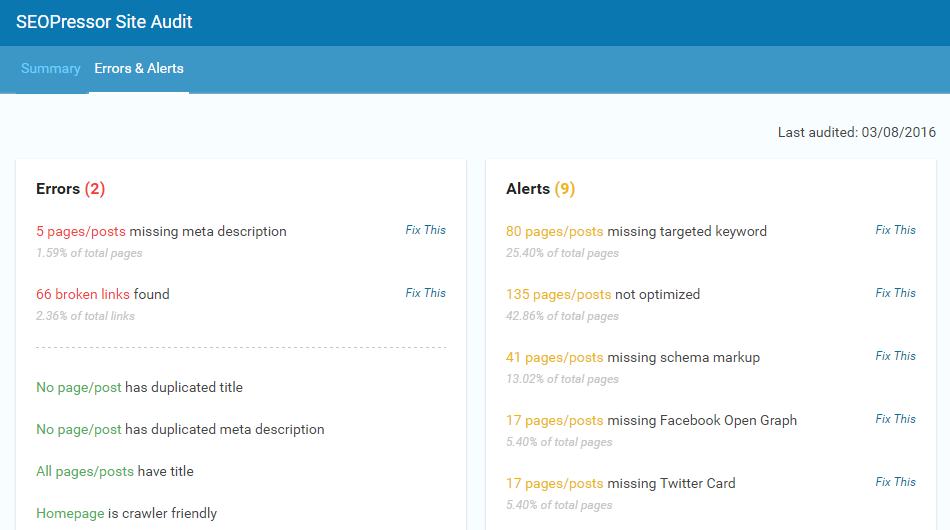 You can use SEOPressor Site Audit to find out what didn’t perform well, and that will instantly give you an idea on what to fix.

What do you think of this Google Penguin 4.0 update? Do you think it’s better than before or the other way round? Let us know in the comment down below!

2016 Google Algorithm Changes: 14 Predictions From Google PatentWhat Is Google AMP And How Will It Affect Your…How Many Backlinks Do You Need To Rank On Google?
Loading Disqus Comments ...