While online marketing strategies often consist of different goals, there is one basic underlying goal that every business has – and that is to get more web traffic. It’s why search engine rankings are of such importance – the higher a ranking your site has, the more traffic you’re likely to get. Because Google’s search engine ranking is such a big key to increasing your traffic, paying attention to what Google is looking for is even more important.

However, knowing what Google wants out of your website can be a bit tricky to decipher, which is why so many SEO experts comb through Google patents in order to find what Google wants as well as to uncover effective SEO strategies.

It’s important to understand that Google’s main goal is to make the results of their search engine more relevant and of higher quality for their users. This is the whole point in assigning search engine rankings to websites – so that they can improve the quality of their results. It’s one of the reasons why Google doesn’t provide us with intricate details on how it determines those search engine rankings. Google doesn’t want you to focus on boosting your ranking – it wants you to focus on creating better content for their users. 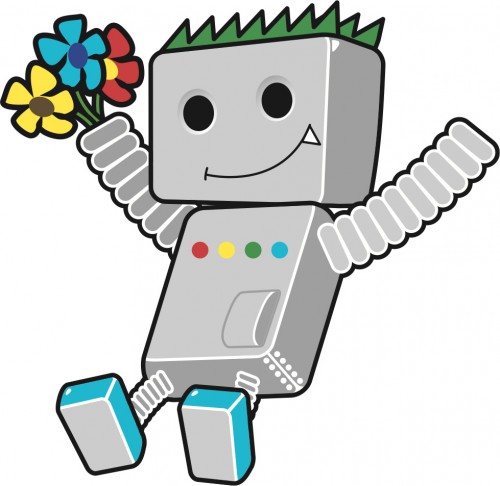 While undoubtedly very powerful, Googlebots are far from perfect.

Unfortunately, many websites use black hat tactics in order to trick their algorithm and secure a more favorable search engine ranking. Google hates this because it results in poor content ranking highly, causing their user experience to dip. By releasing exactly how their algorithm works, it makes it easier for black hat practitioners to take advantage of and abuse their system. It’s also why they update their algorithms on a regular basis in order to close loopholes, identify black hat use and penalize it.

So how can you find out how to boost your search engine ranking legitimately and avoid penalties due to accidental errors? There are several ways. 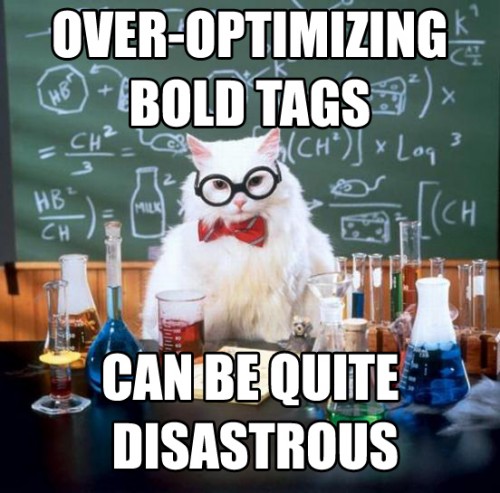 As what we have learned through one of our latest experiments

One is by trial and error. When Google releases a major algorithm update, they’ll usually give you some idea of what it’s focusing on without going into specifics. For example, one of its most recent major updates involved mobile rankings. Google explained that mobile-friendly websites would be ranking higher on mobile search rankings with the update. There are numerous ways to go about making your website mobile-friendly, from making sure your website has mobile-friendly features to using responsive design so that your website layout will be properly displayed no matter what the screen size is to simply creating a mobile version of your website – and guess what? Google never mentioned which method was the most effective in terms of SEO. 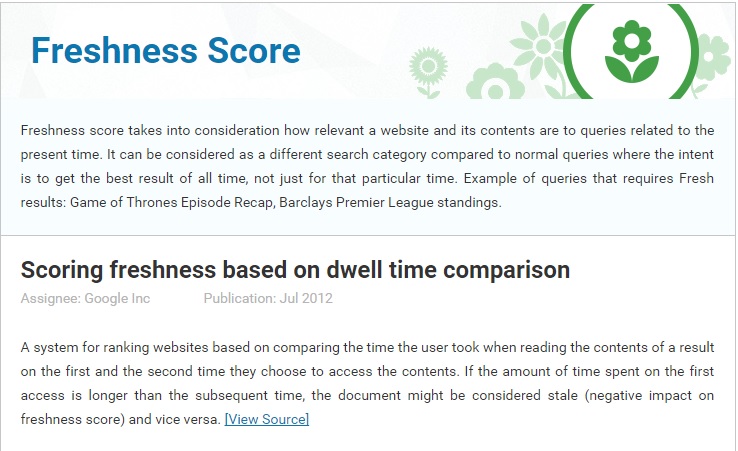 Another often overlooked method is by learning how Google’s algorithm functions is by directly looking at Google patents.

Why You Should Study Google Patents

Google must update its algorithm continuously in order to differentiate good and relevant content from bad and irrelevant content. The technology that Google implements to do all of these things is unique to Google, which is why they apply for patents for major components of their algorithm’s technology. 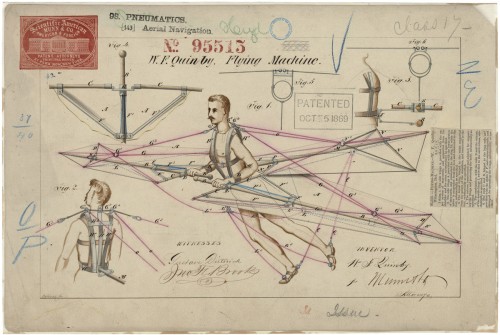 You wouldn’t want anybody else profiting from your ingenious design, would you?

A patent helps to establish a new technology or invention as the property of the party that applied for it, which means that when Google files for patents, they are doing so to protect the technology used in their algorithm and to keep it from being used by others. This makes sense since there tons of competing search engines that would benefit from the technology that Google’s algorithm uses.

The thing is, once a patent accepted and published, it becomes public for everyone to see. There are a lot of people out there that will study patents in order to get ideas of their own. However, SEO experts and marketers will go through Google patents in order to understand the inner workings of Google’s search engine and to keep up with the updates that Google implements into their algorithm. 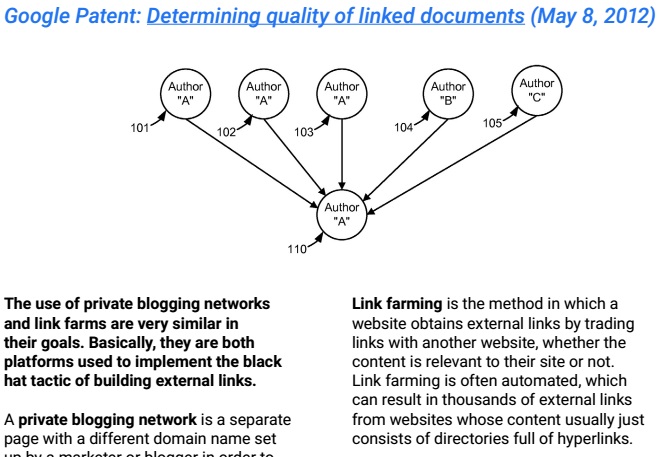 Google patents give us a much clearer understanding of how Google tracks and scores the content of websites in order to judge their PageRanking and search engine ranking – thereby providing you with valuable information on how to optimize your website effectively. There are a number of SEO experts that track down new Google patents and dissect them for your benefit.

Google Patents are full of of hidden SEO gems if you manage to wade through the texts.

The following are a few credible sources around the web that study new Google patents and release informative summaries and breakdowns of them in order to benefit your SEO efforts. While you can go through Google patents on your own, patent research can take an extensive amount of time and effort – especially for Google patents, which consist of a lot of software and SEO terminology.

Moz – Moz is a well-known SEO site that releases content on SEO practices regularly. Its writers comb through Google patents on a regular basis in order to find helpful bits of information that can improve SEO strategy. Take for example a recent post published that used the information obtained from a recent Google patent to explain how rankings could be influenced by searcher behavior, usage behavior and clickstream behavior.

SEO by the Sea – SEO by the Sea is a blog run by Bill Slawski. He focuses primarily on analyzing Google patents as they are published, breaking them down into easy-to-understand summaries. In addition to researching and analyzing Google patents as well as white papers, Slawski also experiments with SEO in order to draw conclusions to theories that he has created based on his research. The blog is well respected as a source of SEO strategy and understanding since it was established in 2005. 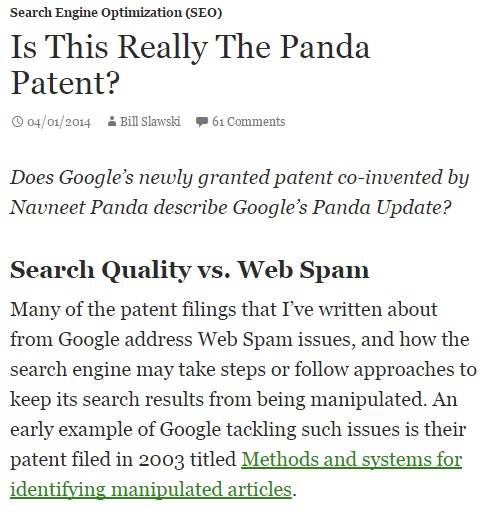 Briggsby – Briggsby is another valuable technical SEO source that breaks down Google’s algorithm updates by using information garnered from Google patents. Their posts are very in-depth and absolutely packed with valuable information. He cracks the patents and share only the good stuff inside, which is basically what we do with our own patent page!

If you don’t know what you’re looking at, you’re going to have a tough time reading a Google patent, much less understand what it is you are reading. The following is a basic breakdown of a Google patent:

Document-based synonym generation – The patent explains a system used by Google’s algorithm to detect synonyms as well as how often they are used and how close they are to each other on a webpage. This ability allows Google to replace the keyword in a search with its synonym and do a search for both at the same time. We can infer from this system that Google can pick up on the context of your keywords more accurately by identifying its synonyms. This makes it easier for Google to identify the subject of the content. For example, if your keyword is “apple,” it could refer to either the fruit or the company. The ability to identify synonyms allows it to figure out the context of its use. This tells us that we should be using both long-tail keywords and LSI keywords to compliment the use of our main keywords in order to provide Google with context.

Systems and methods for modifying the order of links presented in a document – This patent explains the system Google uses to take links from a website to be displayed as sitelinks on their search result page. The patent tells us that Google uses an automated algorithm to arrange the sitelinks based on how useful they are to their users. However, the quality criteria is unknown. We can, however, assume that it may be related to the links users tend to click on first when visiting your website. This means that you should make sure that your homepage is easy to navigate so that visitors aren’t clicking on links that you don’t want to be displayed as sitelinks.

Ranking documents – This patent explains how Google detects link spamming methods. Basically, Google will monitor a page or website after it has been published for a certain amount of time. If anything changes that results in a change in the PageRanking, Google will alter the ranking in a way that is unexpected – such as lowering the ranking. It does this for a short period before adjusting it to the actual ranking it earned. During the period in which the ranking is dropped, Google will monitor any changes made to the page. It assumes that if the website makes changes in an attempt to obtain the ranking it previously had, that it was using link spamming methods. Basically, Google uses this system to flush out black hat practitioners.

Google patents are packed full of information that can help you to create a more effective SEO strategy. The problem lies in the fact that they are notoriously difficult to read. Fortunately, we provide an easy-to-understand analysis of the most important Google patents, allowing you to obtain a fuller understanding of SEO without having to comb through the complexities of Google’s many patents.

You can check out our compilation of insights from Google Patents here: 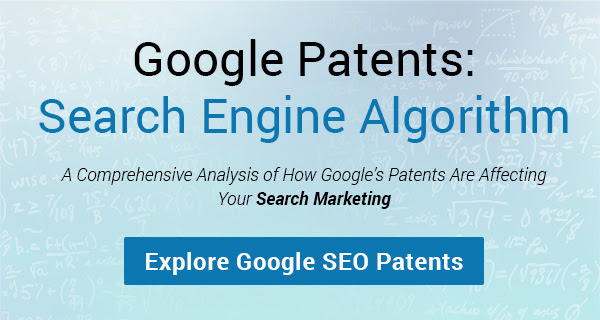 Also don’t forget to download our e-books (they’re free!) based on our findings from Google SEO patents! 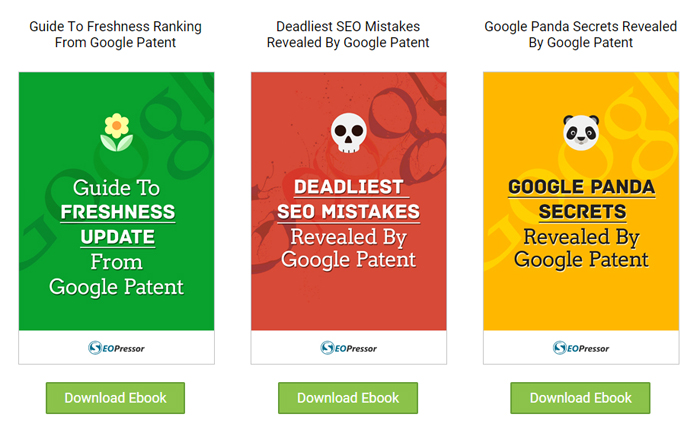