Twitter has been here since 2006, and that makes it a decade already. Can you believe that? Although many have said that Twitter is no longer their favorite social media platform, but I’m sure there are still people out there who are using Twitter just like me.

If you’re still a Twitter user, I believe you have noticed the changes from 2006 until today. But if you’re still new to Twitter because you don’t know how it works, let me show you how. Not only Twitter can be used as your personal account, Twitter is also a good choice for your business.

Impress The Others With Your Bio

The bio is extremely important in your Twitter account as it is the first thing that people will notice. Therefore, you should create a good impression by introducing yourself in a unique way. With this, people will remember you better as you are giving them something different to look at.

You can look at these amazing Twitter bio that I’ve found interesting: 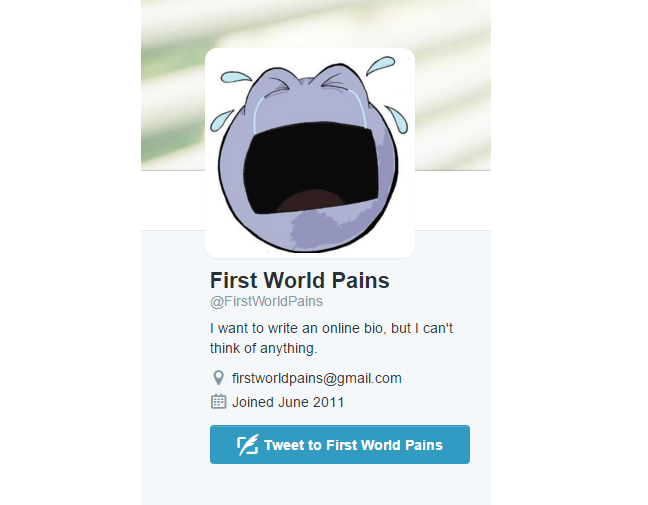 A funny bio can actually attract your audiences’ attention.

If you’re using Twitter for your business, you can do it like @sixthformpoet where he writes his Twitter bio creatively. But at the same time, selling his book. 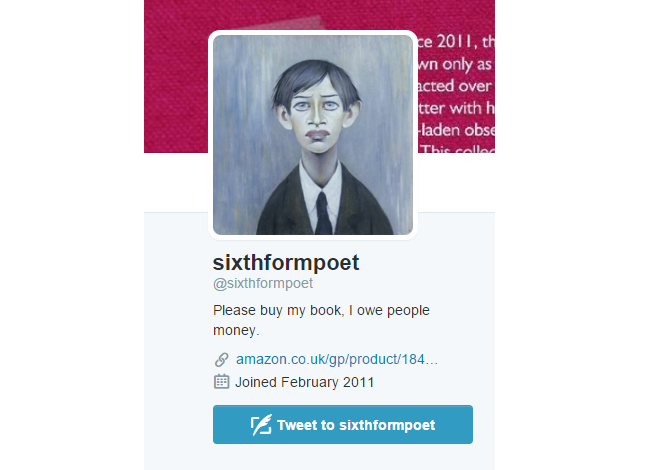 The Sixth Form Poet has a frank bio, which has gotten him many followers on Twitter.

People will remember you better when you have a unique bio. Imagine if you’re reading the same boring bio from a Twitter user, will you still remember him/her after that?

Twitter also offers photos filter like Instagram, ranging from black and white to vintage, which allows Twitter users to experience the new feature without using any third party apps. Just like Instagram, you can preview your photos in a single grid to see how each filter looks like on an image. There are also other important features included such as crop, and auto-enhance.

If you dislike adding filters to your photos, then you can just simply share your images on Twitter. By sharing what is happening in your company or what kind of campaigns you are doing, it helps to draw more attention as well.

To do it in a more welcomed and warm way, you can do it like SEMrush. From time to time, they will post a few photos on what is happening in the office or when they’re at an event. In this way, it makes the readers feel closer to them. 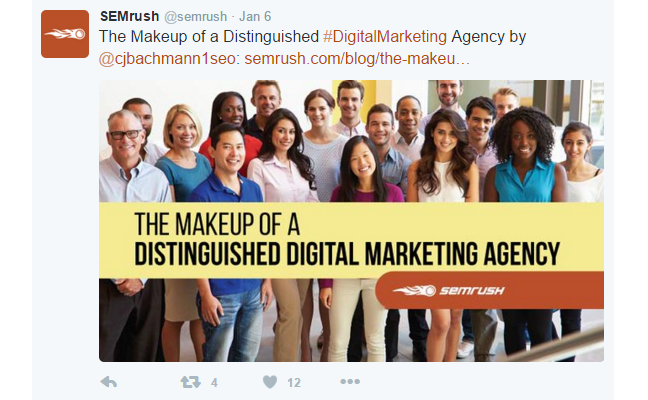 However, if you do not want to show your colleagues’ faces, you can also do it like Adidas and Lego. By giving a sneak peek to your Twitter followers on what products your company will be releasing soon works as well. 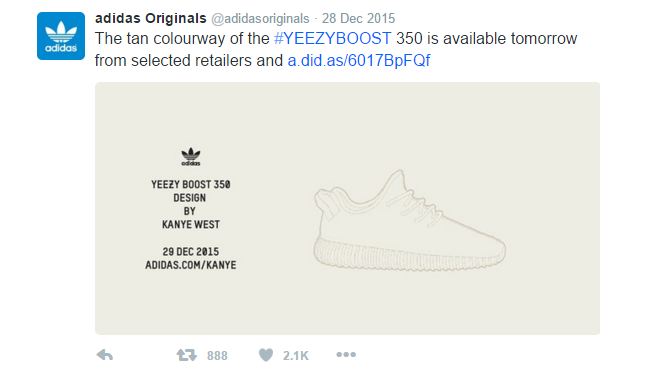 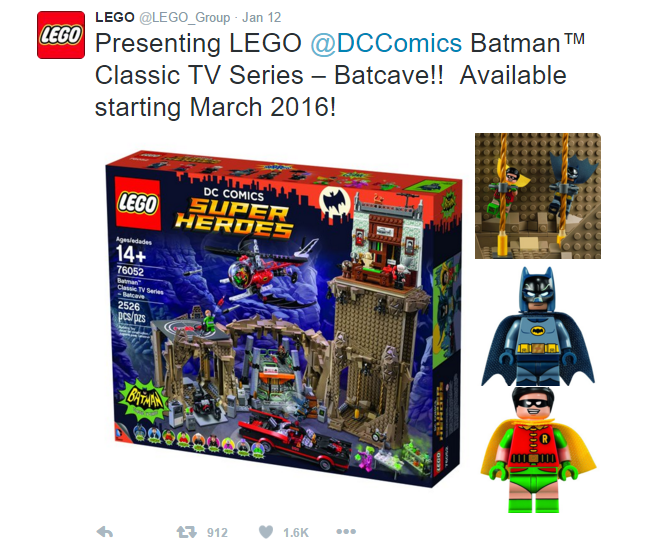 Videos on Twitter is also another great way to let your followers see what you’re currently up to. Big brands such as GoPro and IKEA have done a great job in promoting their products on Twitter videos. 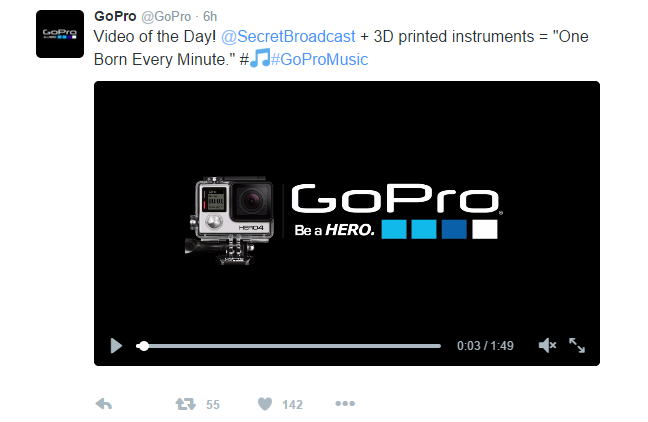 Target audiences will understand your products better when you show the functions in a video. 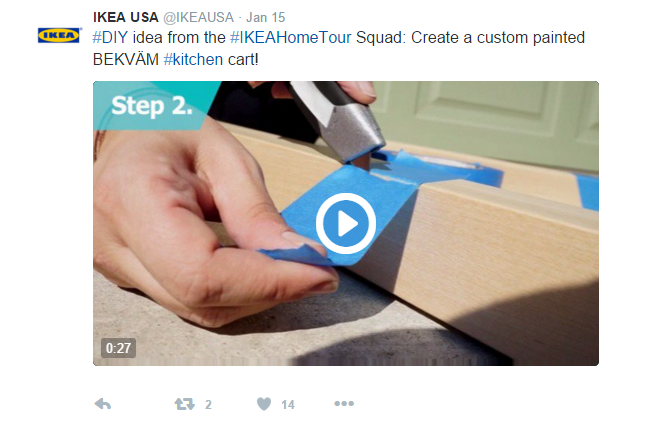 You can also share some DIY tips on how consumers can make good use of your products.

I know, 140 characters may not be enough to some of you who have a lot to say. However, you should try to keep your tweet short and simple so that your followers can get what you are trying to say in just 140 characters.

Because the Twitter timeline is updating extremely fast (depending on how many people you are following), most people wouldn’t spend too much time just to read a tweet. Therefore, you should remember to convey your message effectively to the followers in a short time.

Ever since it was created, Twitter has limited us to have only 140 characters in a tweet. And after so many years, they are finally planning to make some changes. Are you excited about it?

This year, there is news saying that Twitter might be extending their characters from 140 to 10,000. If you’re wondering if your timeline will be spammy when everyone is tweeting up to 10,000 characters, worry not. According to Recode, it was mentioned that a tweet that is up to 140 characters will still be displayed as usual in the timeline. But for those tweets that exceed 140 characters, there will be a call to action to read more.

What are your thoughts about this tweet characters changes?

In October 2015, Twitter has recently introduced their latest feature – Twitter poll. It was created to engage with Twitter audiences and understand what do people think. And for those who are participating in the Twitter poll, it is an opportunity for you to establish your expertise in that particular topic. 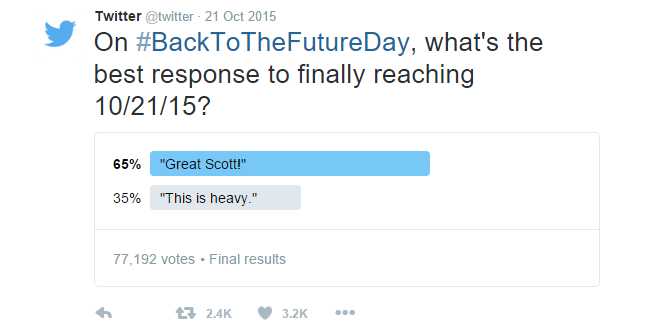 Twitter poll allows you to get immediate response from the other users.

With a Twitter poll, it is easier to make your voice heard. When Twitter first introduced Twitter poll, it only allowed the users to vote within 24 hours. Then, the voting closes. But earlier this year (2016), Twitter has just announced that you can now run your Twitter polls anytime from 5 minutes to 1 week.

So now, you are able to customize the length of time you want your poll to run. By having a Twitter poll, it will be a lot easier to get feedback from your target audiences.

You can also use Twitter poll to ask for opinions from the people who are in the same industry.

A good example to engage with your followers through Twitter poll would be the one like MTV: 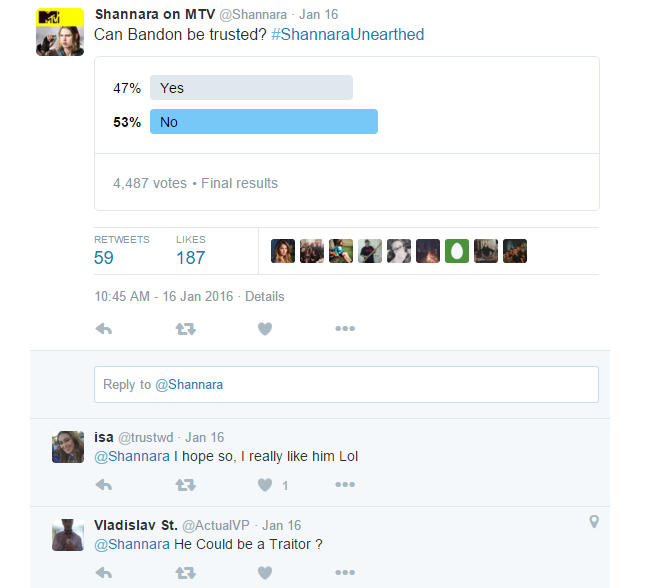 Twitter poll can also help to increase interaction with your followers.

If you are in the SEO industry and have been tweeting a lot about SEO, you should probably know this already. There are lists created on Twitter so that you can share and exchange information with people who are in the same industry as you. In my case, I use this list as a group that I can get involved in with the others.

In Twitter lists, you don’t just look for people to connect to. You have to make some contribution to the lists as well. You can ask questions in the lists or just retweet your favorite tweet by sharing it within your network. Then, you can engage with your followers by encouraging them to join the online discussions with you.

If you are representing a company, then Twitter for Business would be the one for you. It helps to bring more traffic and sales to your website from Twitter.

When you have tweeted for some time, Twitter will eventually send you an e-mail inviting you to join Twitter for Business to expand your exposure. However, there is a minimum fee required if you’d like to join. 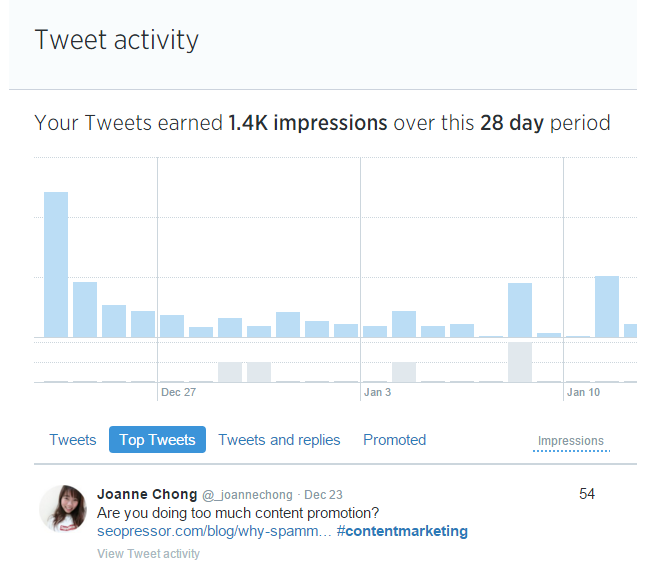 When you use Twitter for Business, you will be able to track your business performance with Twitter Analytics.

With Twitter for Business, you get to grow your followers and promote your content to a bigger and targeted audiences.

Don’t Underestimate The Power of Hashtags

In my experience, I’ve found that the hashtag in Twitter is more effective compared to Facebook. This is because once I’ve included a hashtag in my tweet, it got noticed by other users quicker than I’ve expected.

If you use the right hashtags in your tweets, they will be powerful and can drive unexpected traffic to your profile. In this way, the chances of increasing your conversion rate are also higher. For example: 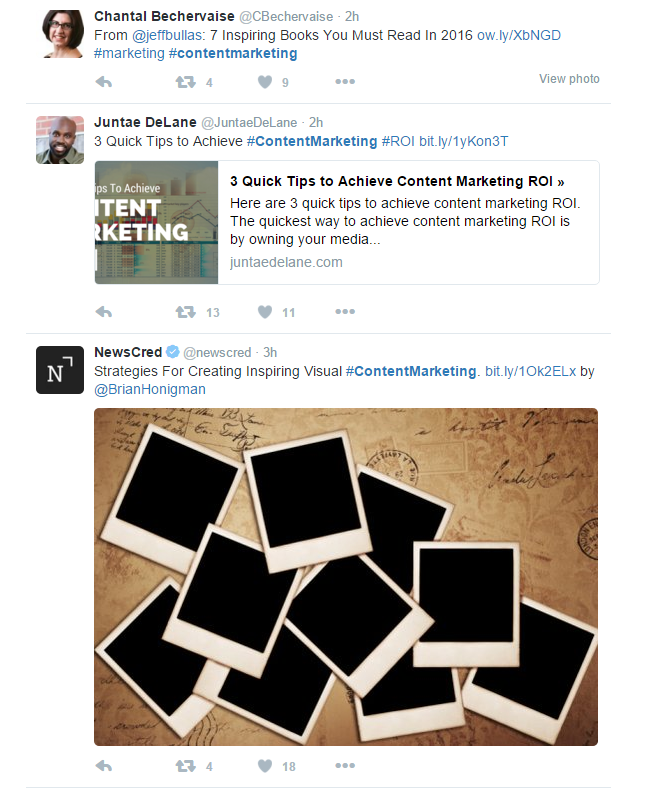 When I search #contentmarketing, I can easily view the related tweets that could help me in looking for more information.

Using hashtag is also one way to connect with the other users because when they are looking for the same hashtag, it allows the conversation to keep going. In addition, if you have created a unique hashtag just for a discussion, you can easily track the topic again just by searching for the particular hashtag again.

You can check all your Twitter updates in just one page by using Tweetdeck.

TweetDeck is a dashboard application to manage your Twitter account easily. You can save the hassles of switching from tab to tab to view your mentions and messages on Twitter. Instead, you can just view everything in one page.

Not only it saves your time, TweetDeck also helps to organize your Twitter activity in a better way.

Aren’t all these methods simple? Now that you have identified the ways to market your business on Twitter, you have to also know the things that you shouldn’t be tweeting.

What You Shouldn’t Be Tweeting:

There are many people who tweeted this on Twitter; asking for a follow back when that particular user follows him/her. You should never do this because it’s unethical. It feels like you’re asking people to follow you just to increase your list of followers instead of following you for your content.

Tweeting too much can also be seen as spamming, which is not a pleasant view on the timeline. In every few seconds or minutes, the same tweet appears on the timeline. Wouldn’t you feel frustrated seeing such situation?

However, if you are representing your company, it wouldn’t look good. People will have a bad impression towards your social media account, thinking that you are nothing more than a spammer.

Twitter can be very helpful for your business if you’re doing it the right way. Most importantly, you have to stay active on Twitter. Keep your followers updated with the latest news so that they wouldn’t be left out. You have to treat them like your friends.

How To Do Negative SEO Attack (And How To Defend…4 Types Of Links That Matter For SEOSEO vs. SEM: What do SEO and SEM stand for?
Loading Disqus Comments ...