Reddit is easily one of the most controversial major websites on the Internet and tends to bring about love-it-or-loathe-it responses when you mention it. However, its reach and influence are undeniable. The self-proclaimed “Front Page Of The Internet” is truly one of the most important websites online. If it’s not on your radar, it should be.

Don’t believe us? Just to start off with a few statistics, Reddit…

In short, Reddit has the scale and reach of a social media service, but in the form of a link aggregator. A single popular Reddit submission can potentially turn a website from a nobody to a major player literally overnight. And since Reddit regularly creates the content that ends up on social media a day or two later, a Reddit success almost always translates into social success as well.

And it’s completely free to use. A few minutes a day on Reddit can translate into some of the best ROI imaginable, if one learns to use the site effectively.

So before we talk techniques, we need to talk about Reddit itself. It’s a highly unique website that operates according to its own rules which users are expected to follow. Just like successfully doing business in a foreign country, knowledge of the “local culture” is a necessity. 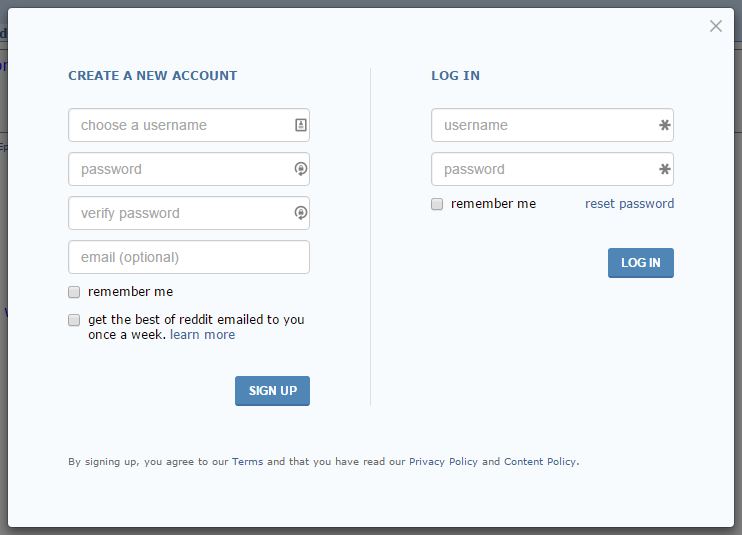 Getting started on Reddit is as easy as it could possibly be.

When you click the “log in or sign up” link in the upper-right of the page, literally all you’re required to enter is a username and password. Even your email is optional, although we strongly recommend including one. Verifying your email results in an award on your user page, which makes your account seem more trustworthy. 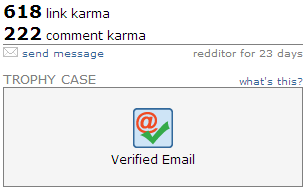 Trophies, awards and karma will make your account more trustworthy.

Once you’re logged in, you have full access to one of the busiest sites on the Internet. As a new user, there are a few different activities you can engage in:

These basic interactions form the heart of the site. To start with, we’d suggest simply exploring the site, looking at submissions, and seeing how the flow of conversation in the comments section works.

Reddit is largely run by its own users. Rather than a top-down hierarchy, Reddit is broken up into thousands of individual subreddits, which are each devoted to a single topic and self-policed by appointed community moderators. The format for these is identical: www.reddit.com/r/(TOPIC), such as www.reddit.com/r/cars or www.reddit.com/r/music.

Some of these are private and can only be entered with the permission of their moderators, but the vast majority are public.

There are more than ten thousand subreddits which receive daily activity, and hundreds of thousands more that are active on a weekly or monthly basis. These can become increasingly specialized as well. There’s an /r/Apple for all Apple products, /r/iOS for Apple mobile devices, /r/iPad for the iPad line, /r/iPadMini for only those devices, and so forth. Many subreddits include links to associated specialist subreddits, or organize themselves into “networks” of related topics.

Basically, there is a subreddit for ANY subject one might be interested in, from the mundane to the utterly bizarre to the unprintably obscene.

Reddiquette: Learn It, Live It, Love It 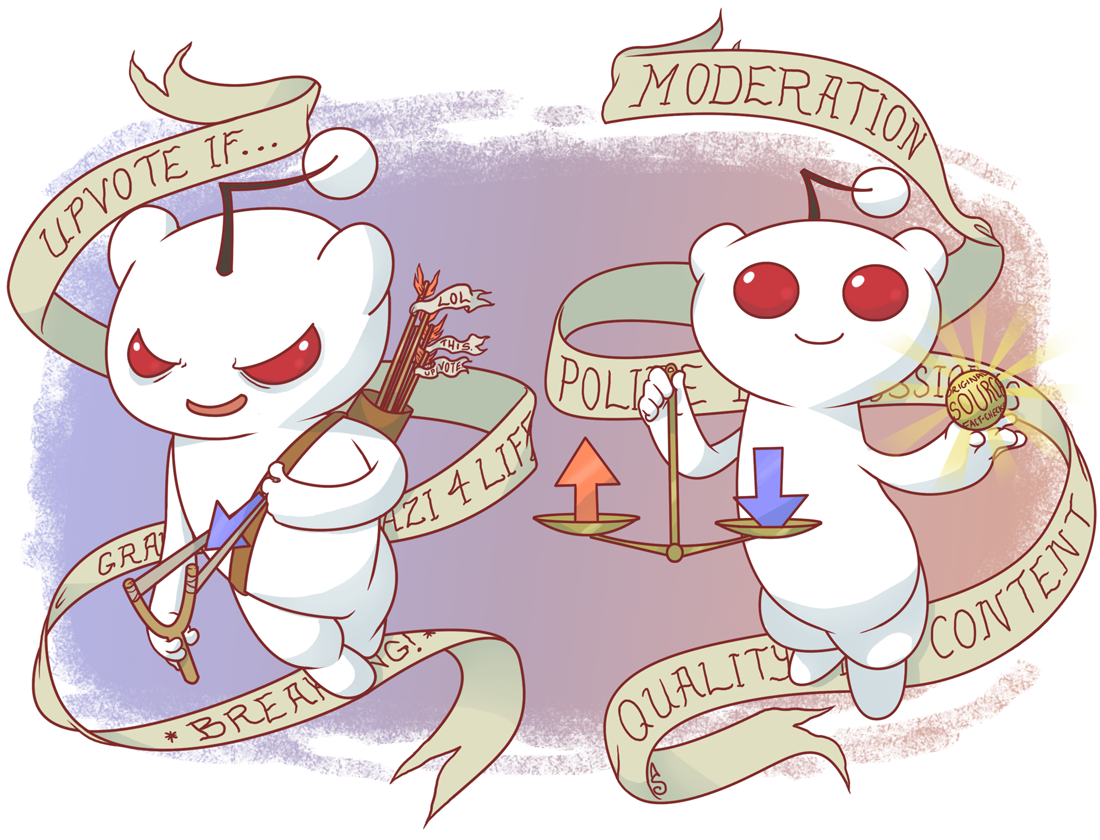 As a user-run site, Reddit tends to be a bit chaotic. Order is maintained largely through the enforcement of Reddiquette, a set of semi-formal guidelines for behavior on the site. Luckily, most of them are pretty common-sense: Keep posts on-topic. Don’t troll or use blatantly racist/sexist/etc language. Try to have constructive conversations. Don’t spam.

Where it gets a bit tricky is that just about every subreddit has its own “house rules” and, like quirky neighborhood bars, they can be a bit clannish in enforcing those rules. Subreddits will almost always have a rule list in the sidebar.

Reading and understanding the rules of Reddit and subreddits is necessary to get anywhere on the site. Failure to abide can result in anything from sarcastic mocking, to rampant downvotes, to account bans. A few particularly egregious offenses -such as posting other users’ personal information (“doxxing”) or bot-assisted spamming- can even result in IP-level bans across the entire site.

However, most subreddits are fairly easy-going and don’t drop the ban hammer without good cause.

Lastly, before we finally get to practical advice, let’s say a few words about “karma.” Karma is Reddit’s internal ranking system for user accounts, and can be seen on every user’s public account page. Karma is broken up into two types, Submission Karma and Comment Karma, but both work the same way: Upvotes bring karma, and downvotes take it away. That’s it.

Whether karma matters is a hotly-debated topic. Here are a few brief points:

Basically, as long as you have some karma, you’re probably OK.

If you want to read more about karma on Reddit, the best place to read about it is obviously Reddit. Click here to view the thread on What’s The Big Deal About Karma On Reddit.

The first rule of Reddit Marketing is this: Redditors don’t like marketers. Redditors like Redditors, and if a Redditor happens to do occasional self-promotion, that’s OK since everyone is trying to make a buck.

Dedicated marketing is outright forbidden according to Reddiquette, and accounts devoted to pushing one product/website will be quickly banned. A Reddit user is expected to contribute positively to discussions and to submit content that isn’t only about their own products/services.

Now for some Do’s and Don’ts.

1. Target your submissions to the best subreddits.

Cross-posting the same link to more than two or three subreddits is strongly discouraged, so give thought to where you’re going to upload it. The most popular subreddits are usually the most broad in focus, which makes it harder to gain traction… but there’s more reward for a popular link.

A good compromise is to post to one generalized subreddit and one specialist subreddit. For example, a retro electronic band looking for exposure might post the same video to /r/music and to /r/chiptunes.

Here’s a list of subreddits every marketer should look into:

AMAs should be about something unique or truly interesting.

There are plenty of great subreddits for every different niche. You’ll need to dive into each of these and be involved in the community to see which is best for you and your content. Here’s a list of the biggest subreddits that you could explore.

Few things will build your Reddit “rep” more than simply participating in discussions in a down-to-earth manner. This is especially important for your own promotional links. Respond to reasonable comments, concerns, and questions. Being accessible is very important.

Reddit values intellectualism in most areas of the site, and this extends to headlines. Don’t abbreviate them as you would for Twitter, don’t capitalize every word like a newspaper, and make sure they accurately reflect the content of the submission. Headlines should have full disclosure.

In particular, Buzzfeed-style “clickbait” titles are despised on Reddit. That same “This One Trick Makes Doctors Hate You!” headline which works well on Facebook will be downvoted to oblivion within moments on Reddit.

Reddit is not a link farm. Its users are actively engaged in looking for interesting content, and reward quality submissions. Low-effort “Top 10” lists or picture memes taken from Twitter usually won’t get much traction.

More than any other social site, Reddit should receive your BEST content, and nothing else. Quality is much much more important than quantity.

Reddit has trolls. Lots of trolls. Even the most innocent lolcat pic (and Reddit loves their cats) or most clear cut case of good-vs-evil will garner negative reactions or contrary cynical comments from users seeking attention. The only good thing to do is simply to ignore such folks. “Downvote and move on,” as the Redditors say. 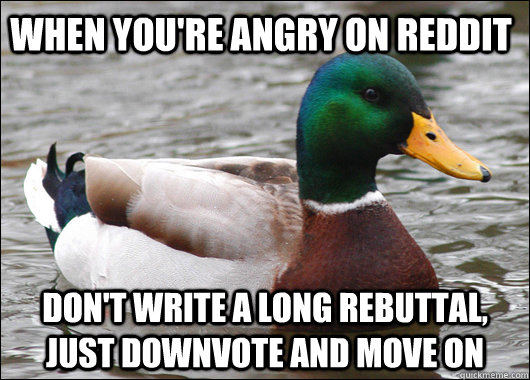 Getting dragged into a fight will never end well. So, trust that other users will help bury inflammatory content. When in doubt, check the user’s karma by clicking their username. Obvious trolls are obvious. 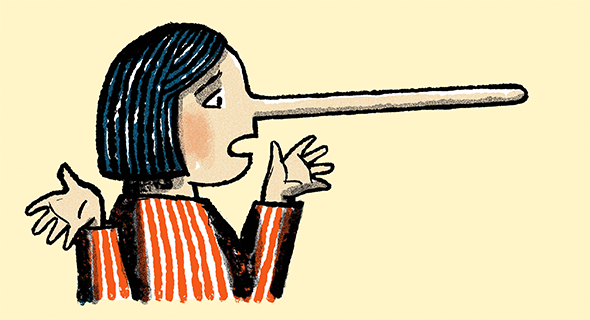 This truly cannot be stressed enough. Do NOT lie on Reddit.

Among the Reddit population are millions of people with nothing better to do with their lives than fact-check any claim made by anyone. This is especially true on popular topical subreddits like /r/science with a high number of legitimate experts participating. The amount of time it takes for a deliberate misrepresentation to be exposed is usually measured in minutes, if not seconds.

There’s no easier way to become a Reddit laughing stock than to be caught repeatedly lying. It’s just not worth the risk.

Even subreddits devoted to corporate topics, like /r/advertising, can’t stand people who speak in buzzwords. Your Reddit discourse should be naturalistic and sound like an actual human is writing, not a corporate mask. Use the language you would at a party, not what you’d say in office memos.

3. Misrepresent your affiliation to a company.

Some larger companies, even controversial ones such as video game developer Electronic Arts, have successfully had “Reddit Representatives” telling their side of the story. The entire key here is disclosure. They do not attempt to hide their affiliation and are up-front about their biases.

Even everyday Redditors will sometimes use journalistic disclosure statements, like mentioning if they own a particular company’s stock. Honesty is generally rewarded here.

4. Attempt to “game” karma or upvotes.

Reddit has relatively robust systems watching upvote/downvote patterns, and can spot nearly any attempt to artificially boost votes. Having ten accounts upvoting each other is useless, and any sort of bot usage is a really good way to get yourself banned entirely.

A full discussion of Reddit would require a book, but here are a few parting suggestions: 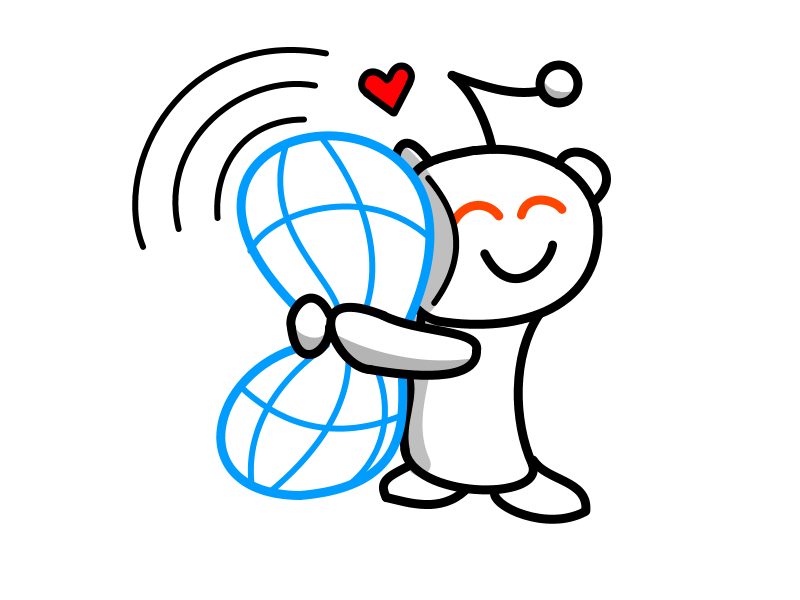 Beware of the Reddit hug of death, you’ll never know when it will hug you to death.

In short, to misquote Gandalf:

“Redditors really are amazing creatures. You can learn all that there is to know about their ways in a month, and yet after a decade they can still surprise you.” 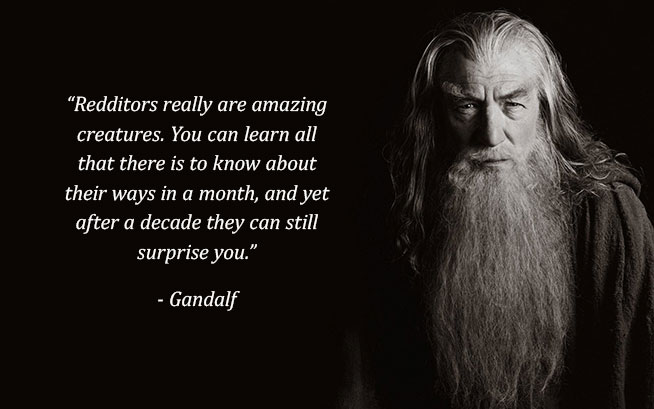 Reddit is one of the most vibrant, popular, and potentially profitable of all websites. Learn its ways, and you could achieve huge viral success.